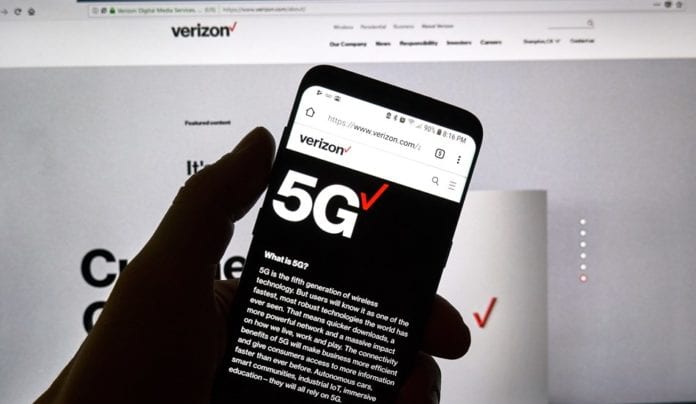 Verizon Communications Inc. is set to launch its 5G network service in the US. The company would launch high-speed wireless services in 20 more cities after Chicago and Minneapolis.

Verizon planned to collaborate with Samsung in order to serve the first 5G network. Verizon mentioned it would take few months to provide the true 5G speed to users. The company mentioned that since all 5G networks are not the same; they will categorize in 5G and 5G+ networks.

The network is based on advanced technologies and will eliminate problems like call drop and slow internet speed. Other telecom operators like Sprint, T-Mobile, and AT&T are all in various stages of rolling out their 5G networks, but it could take some time for the rapid wireless network to become the standard.

Samsung is planning to launch its first 5G device in the next few months. The US operator said it would temporarily waive the $10 monthly 5G fee for early adopters, but didn’t give a timeframe for when people would have to start paying it again.

The US government has banned the 5G World leader Huawei to supply their equipment in the country. The country claims that the Chinese government uses Huawei equipment for spying national securities, however, the Chinese giant has denied the allegation.

There are counter opinions to the US allegations suggesting that the country is doing it to protect its home-grown telecoms and not let a foreign company sweep the market.

How Would a Pandemic Affect the Future CIOs Position?

Mining Industry Getting Smarter with Automation