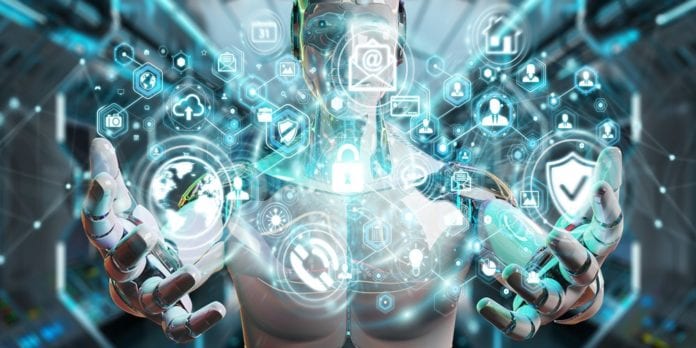 Concerns about the security of data with tech companies are mounting. In the meanwhile, the companies are seen prioritizing cybersecurity, since this is for their own benefit

‘Ethics before business interests?’ was one simple question that technology executives were faced with, at the artificial intelligence summit at Silicon Valley last week.

This especially post-Google’s announcement of the Advanced Technology External Advisory Council, which the company has appointed as an external watchdog to keep an eye on how AI is deployed. Going back a few years, Google, Facebook, Amazon, IBM, and Microsoft had come up with the ‘Partnership on AI’ to share research to maximize societal benefits and tackle ethical concerns.

Considering AI is now been leveraged for cybersecurity, there have been major concerns with the data breaches that took place in the last few months. Rashida Richardson, director of policy research for the AI Now Institute believes that little around ethics has changed since the ‘partnership on AI.’ “There is a real imbalance in priorities,” she said to Reuters adding, “the amount of resources and the level of acceleration that’s going into commercial products, I don’t think the same level of investment is going into making sure their products are also safe and not discriminatory.”

According to data from CB Insights, this year at least 30 organizations have experienced major data breaches. This could have been avoided if ethics and personal data security was one of the concerns of the tech giants. While big tech players like Facebook, Amazon, Microsoft, Google, and Apple (FAMGA) are investing heavily in data security, they have fallen victim to data breaches themselves.

Facebook disclosed that in September 2018, the company faced an unprecedented data breach exposing accounts of up to 90M users, including their login credentials. CB Insights data suggests that FAMGA has put nearly $2.5 billion into cybersecurity startups globally.

While post the breaches, companies are investing in security, the reason for that is still seen in their business interest and not securing personal or corporate data. Post the Cambridge Analytica controversy, which was not specifically a data leak, but more exposure of loose data practices by Facebook, the company’s data practices came under scrutiny. When people started losing faith in Facebook about the security of their data, and the news of slowing its user growth came in July 2018, Facebook lost around 20% of its value in one day. Since then, it’s stock price has struggled to completely recover. Now, Facebook is also looking to use AI to improve data security across its organization.

In November last year, Amazon cited a ‘technical error’ on their website, that exposed names and email addresses of an undisclosed number of customers. The team then identified a source of error and posted an update. The bigger issue was also around the possibility that Amazon Echo home speakers were recording conversations and sending them to other users. To this Amazon just published a statement, saying that a series of ‘accidentally’ issued commands were the cause of the issue. Post the data leak of 57 million Uber users from Amazon’s AWS Cloud for storage, Amazon then took the security in its own hand and has filed for a patent for management of encrypted data storage.

Google too was rocked by two breaches around the Google+ platform last year. In two routine audits, Google itself had discovered vulnerabilities where they potentially exposed the data of approximately 500,000 users and private names and email addresses of 50 million users in late 2018. This was the reason for the early shutdown of Google+, but the company did not alert users or regulatory bodies in the EU until months later. Currently, the company is also involved in a class-action lawsuit related to data breaches around Rhode Island’s Pension Fund. Google has also been fined nearly $60M under GDPR regulations.

With AI being considered as a solution against cyber-attacks, and Google announcing an External Advisory Council to keep an eye on deploying AI, we can expect better cybersecurity practices from the tech giants. However, the catch also is that since making cybersecurity a priority will play a vital role in how consumers and enterprises decide to share their data, it is to surely benefit the companies.