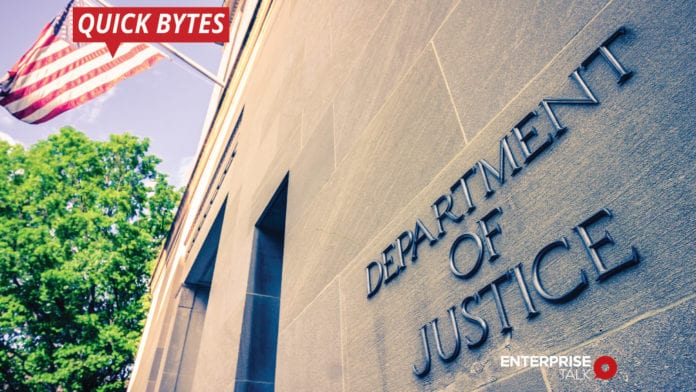 The top U.S. antitrust regulators admitted at a congressional hearing on Tuesday that they had wasted time arguing over who would investigate which tech company, as they take on major probes of firms like Alphabet’s Google for allegedly using their market power unfairly, reported Reuters.

The Justice Department’s antitrust division chief, Makan Delrahim, acknowledged instances where officials’ time “is wasted on those kinds of squabbles.” The hearing by the Senate Judiciary Committee’s antitrust panel was a tough one for Delrahim and Joe Simons, chair of the Federal Trade Commission, who was criticized by lawmakers for overlapping on the probes, and for other matters.

The Justice Department later said it was opening a probe of online platforms. This led some industry observers to question whether the two investigations would overlap.

“Based on news reports, it sounds like your agencies may be pursuing monopolization investigations of the same companies,” said the panel’s Chairman Mike Lee. “I don’t think your agencies should be divvying up parts of a monopolization investigation of the same tech company,” Lee asked both men if the process of deciding which agency would investigate which company – formally called the clearance process – had broken down.

For the vast majority of matters, Simon said, it had not. “I take that as a yes, things have broken down,” said Lee. “I would agree with that,” Simons said. The antitrust enforcers got no support from other Republicans on the panel.

Senator Josh Hawley, who has been a critic of Google, attacked the FTC for its failure to take a harder line with the tech giants, saying, “What I see from your agency is a culture of paralysis.”

Coronavirus Impact Materialized the Linkage between IT Infrastructure and Business Continuity

Reskilling Employees to Keep Up With Automation Technology