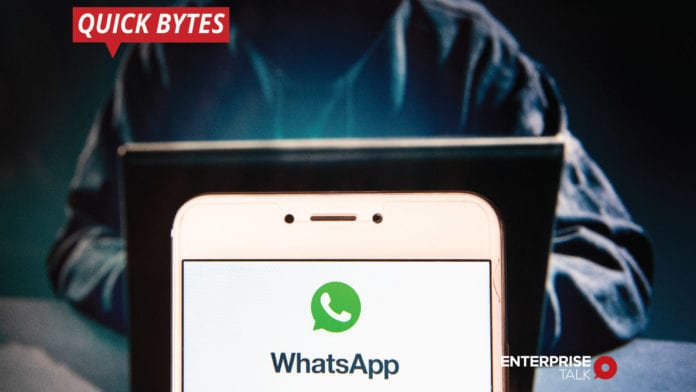 The Israeli government denied any involvement in an alleged cyber- hack by Israeli surveillance firm NSO Group. Israeli security cabinet minister Zeev Elkin confirmed that if anyone had done anything “forbidden,” they could be sued in the court.

NSO is a private player utilizing capabilities that Israelis possess, thousands of people are part of the cyber field, with no Israeli government involvement.

On Tuesday, WhatsApp sued NSO Group accused of helping government spies break into the phones of around 1,400 users across the four continents in a hacking spree whose targets included political dissidents, diplomats, journalists, and other senior government officials.

WhatsApp has 1.5 billion users monthly and has often touted an enhanced level of security, including end-to-end encrypted messages that cannot be decoded by WhatsApp or any other third parties.