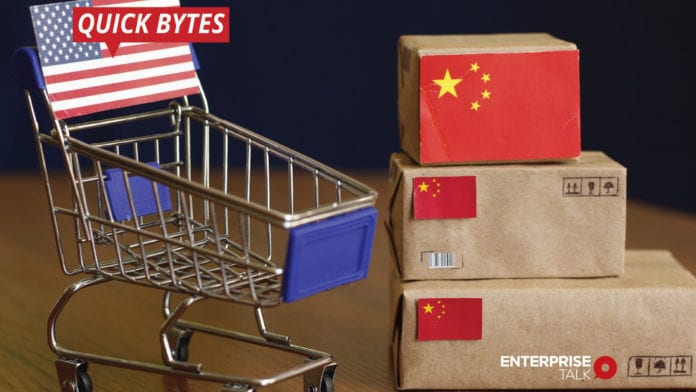 China expects to reach a phased agreement in a protracted trade dispute with the U.S and cancel tariffs soon, the Commerce Ministry confirmed on Thursday.

Both parties will continue to advance negotiations, work together, and reach a phased agreement soon. U.S. President Donald Trump, on 11th October, confirmed the first phase of a deal, suspending a threatened tariff hike.

Trump had initially planned to proceed with a rise in tariffs to 30% from 25% to about $250 billion worth of Chinese goods. The U.S. administration is still to decide on how to address this planned 10% tariffs on about $156 billion of Chinese goods to take effect on 15th Dec.

U.S. and China trade negotiations on nailing down a Phase I trade deal text for their presidents are planned to be signed next month. China’s securities regulator unveiled a firm timetable for scrapping foreign ownership limitations for the securities and mutual fund companies for the first time.

Since 2019, under the effect of China-U.S. trade frictions, investment and trade between the U.S. and China have substantially fallen. This clearly demonstrates that trade wars have no winners.