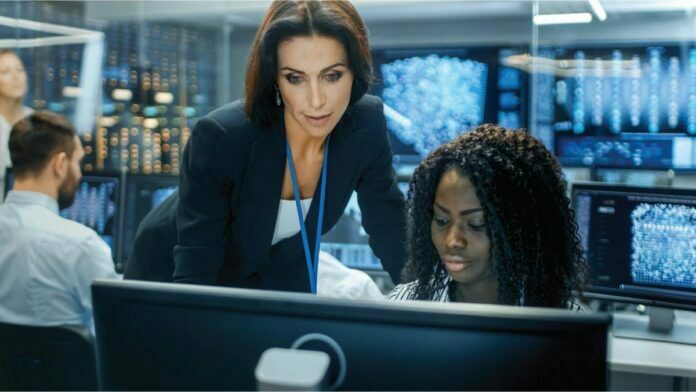 A survey by Talent Works has revealed that the pandemic has negatively impacted the career progression for more women (33%) than men (21%). The research, which surveyed UK developers, also found that 23% of women have seen their potential to earn negatively affected compared to 11% of men, with under 35s (21%) also having more pay cuts than over 35s (11%).

This indicates that those in more junior roles are less likely to have the tools they need to work from home, resulting in these developers either working from the office or being unable to complete all their required tasks.

Neil Purcell, CEO of Talent Works, commented: “These results sadly represent the ongoing reality for females in the workforce, who have probably had to also juggle work and childcare during the pandemic.

With a large percentage of developers working from home it’s also surprising that a one in five don’t have the tools they need to work remotely. Developers are a highly sought-after role, and employers need to understand what drives this talent to accept their position. The hybrid working model seems to be the way forward for many organisations, and developers need to be supported in this flexible way of working.”

On average, the survey found that 1 in 4 respondents have been in their roles less than a year, with females more likely to be in their job less than a year (31%) than males (20%). When asked what most attracted the developers to their job roles, the survey found that salary is more important for over 35s (45%) than under 35s (38%), whereas company values and diversity is more important for under 35s (11%) than over 35s (7%).

Purcell concluded: “Talent has been on the move despite the challenging conditions brought by the pandemic. With hiring no longer restricted by geography, employers need to make sure they appeal to technology applicants, as the competition will be more fierce and come from new areas. The last 12 months have given those out of work the chance to re-skill in technology, so we’re likely to see more people embracing careers in tech than ever before.”

The survey was conducted by Talent Works in March 2021. Over 200 UK Developers were asked to answer a range of questions about their current working circumstances and the impact of COVID to them over the last 12 months.

Five Recommendations for CIOs Leading IT Through a Crisis

4 Measurement Pitfalls to Avoid in IT Metrics