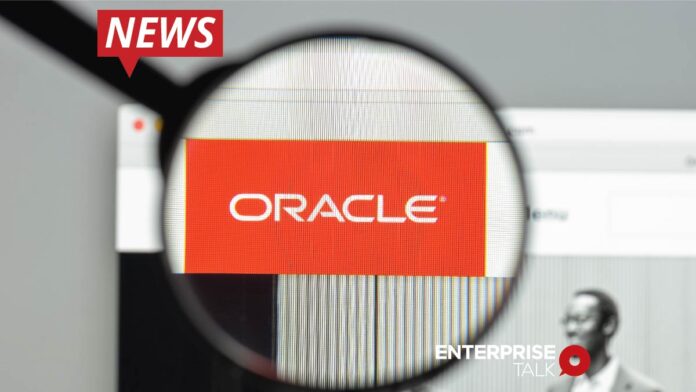 The Golden State Warriors and Oracle today announced the expansion of their longstanding partnership with the launch of the Oracle Performance Center. The NBA’s most advanced training and recovery center, powered by Oracle, will deliver new insights and a custom high performance system to enhance player performance. The Oracle Performance Center, measuring 25,349 square-feet, will be home to the Warriors practice facility and player campus, located at Chase Center, the Warriors’ 18,064-seat privately financed sports and entertainment arena in San Francisco’s Mission Bay neighborhood.

Photos and b-roll of the Oracle Performance Center can be found HERE.

“The competitive advantage that Oracle will add to our team, through its partnership with the performance center and our joint technology development work, is significant,” said Warriors executive vice president of Basketball Operations, Kirk Lacob. “As we strive to bring home another NBA title, it is no secret that the work that our players and coaching staff put in will begin in the Oracle Performance Center, which is why it is critical that the amenities are world-class.”

“We’re proud to expand our partnership with the Warriors, a team that leads not only on the scoreboard but also in innovation,” said Oracle executive vice president and chief marketing officer, Ariel Kelman. “We love to partner on technology initiatives such as the Performance Center, and we look forward to working with the Warriors on all of the ways we can help power better player insights and performance, and give every possible competitive edge to the iconic Warriors team.”

Along with the Oracle Performance Center, the partnership will include joint technology development to enhance player optimization, training and performance. Oracle will also launch exclusive 2021 NBA Draft content with the Warriors draft picks, and is the presenting partner of the Warriors’ 2021 NBA Summer League team.

The Oracle Performance Center features two full-length basketball courts, six basketball hoops, a 4,000-square-foot weight room, the team’s locker room, training and treatment areas which includes a sauna, a cryo-treatment chamber, and a hydro room with float tanks. Additional amenity spaces include a kitchen, team lounge, a barber shop and a theater. The locker room has a section of the team’s 2015 NBA Championship court inlaid on the floor in the center of the room. Each player’s locker comes equipped with its own personal 32-inch television, and the circular design of the room fosters a connected team environment.

The Warriors and Oracle have enjoyed a partnership for more than 15 years. Initially, Oracle served as the naming rights partner for the Warriors’ former home in Oakland, where they worked together on local community initiatives and youth programs. Oracle also holds the naming rights for the Chase Center Suite Level and has supported special events including the 2020 Warriors Minicamp. In 2019 as part of the opening, Oracle OpenWorld CloudFest attendees were among the first to experience Chase Center.