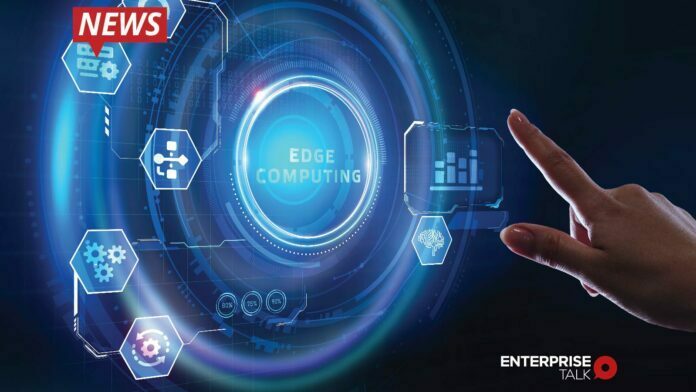 Vapor IO, creators of the Kinetic Edge® platform, the first fully-integrated hardware and software platform for edge colocation, exchange and networking services, and AlefEdge, the edge Internet leader who provides a Software-Defined Mobile Edge (SD-ME) platform and APIs for enterprises and developers, today announced that they will be rolling out their SD-ME services on the Kinetic Edge platform, nationwide. The Software Defined Mobile Edge allows enterprises to deploy edge computing on top of private wireless networks, creating a low-cost path to edge-enabled mobile applications, such as factory robotics, IoT, and other use cases that benefit from applications delivered at the edge of the network.

“A programmable mobile Edge has been out of reach for most of today’s enterprises because of the complexity of both deployment and application development,” said Ganesh Sundaram, CEO of AlefEdge. “Placing our service atop Vapor IO’s Kinetic Edge platform enables us to quickly deploy nationally and support ‘near prem’ workloads in the top 36 US Markets. Our services allow enterprises to leverage shared resources while maintaining the benefits of on-prem IT without the overhead of on-site management. The Kinetic Edge platform offers the most performant and resilient edge computing network, with a consistent experience across geographies.”

Read More: What can retailers learn from Ed Sheeran’s battle against ticket touts?

The AlefEdge SD-ME platform and APIs provide enterprise customers with the tools they need to digitally transform their businesses with mobile edge computing. This architecture is critical to implementing remote work policies and edge-enabled applications, all while optimizing performance and ensuring security. Alef’s SD-ME platform creates a 5G-like experience without the expense or complexity of 5G, leveraging the enterprise’s existing networks. This platform provides an open programmable toolkit for developers to program the network layer as well as the application layer for anything they want it to do. The programmable layer is easy to use through APIs, connectors and SDKs. Examples of software-based improvements for the enterprise include secure mobile breakout, edge peering, as well as orchestration.

“Vapor IO has an aggressive rollout plan that spans the entire U.S.,” said Cole Crawford, CEO at Vapor IO. “Together with partners like AlefEdge we are building the next chapter of the Internet. We are especially excited about AlefEdge’s SD-ME and its ability to deliver Enterprises the flexible and secure architectures, along with seamless integrations and new APIs to digitally transform their work environments. For the first time, enterprises in our target markets will have the ability to easily subscribe to AlefEdge’s SD-ME services and quickly integrate them into their network.”

CIOs are Eager to Engage with Startups for Innovation Opportunities

Four Ways to Hire and Retain the Best IT Talent