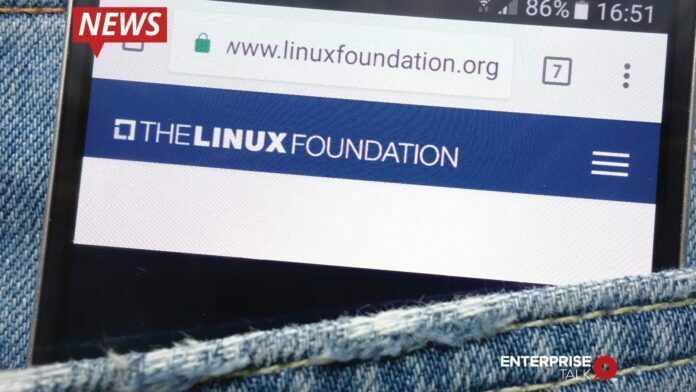 Grillo is open-sourcing ‘OpenEEW,’ its IoT-based earthquake early-warning system that will accelerate the creation of low-cost, community-driven projects around the world, with support from IBM, USAID, the Clinton Foundation and Arrow Electronics

The Linux Foundation, the nonprofit organization enabling mass innovation through open source, today announced it will host Grillo’s OpenEEW project in collaboration with IBM to accelerate the standardization and deployment of earthquake early-warning systems (EEWs) for earthquake preparedness around the world. The project includes the core components of the Grillo EEW system comprised of integrated capabilities to sense, detect and analyze earthquakes as well as alert communities. OpenEEW was created by Grillo with support from IBM, USAID, the Clinton Foundation and Arrow Electronics.

Earthquakes often have the most severe consequences in developing countries, due in part to construction and infrastructure issues. Timely alerts have the potential to help save lives in communities where earthquakes pose the greatest threat. EEW systems provide public alerts in countries including Mexico, Japan, South Korea and Taiwan, but nearly three billion people globally live with the threat of an earthquake and don’t have access to nation-wide systems, which can cost upwards of one billion U.S. dollars. OpenEEW wants to help reduce the costs of EEW systems, accelerate their deployments around the world and has the potential to save many lives.

“The OpenEEW Project represents the very best in technology and in open source,” said Mike Dolan, Senior Vice President and GM of Projects at the Linux Foundation. “We’re pleased to be able to host and support such an important project and community at the Linux Foundation. The open source community can enable rapid development and deployment of these critical systems across the world.”

The OpenEEW Project includes several core IoT components: sensor hardware and firmware that can rapidly detect and transmit ground motion; real-time detection systems that can be deployed on various platforms from a Kubernetes cluster to a Raspberry Pi; and applications that allow users to receive alerts on hardware devices, wearables, or mobile apps as quickly as possible. The open source community aims to help advance earthquake technology by contributing to OpenEEW’s three integrated technology capabilities: deploying sensors, detecting earthquakes and sending alerts.

Read Also: AI on Patents – What are the Evolving Functionalities and Implications.

“For years we have seen that EEWs have only been possible with very significant governmental financing, due to the cost of dedicated infrastructure and development of algorithms. We expect that OpenEEW will reduce these barriers and work towards a future where everyone who lives in seismically-active areas can feel safe,” said Andres Meira, Founder, Grillo.

IBM and The Linux Foundation have a rich history of deploying projects that fundamentally make change and progress in society through innovation – and remain committed during COVID-19. The winner of the 2018 Call for Code Global Challenge, Project Owl, contributed its IoT device firmware in March 2020 as the ClusterDuck Protocol, and now, Grillo’s OpenEEW is the most recent project to be open-sourced for communities that need them most.

Originally connected to Grillo through the Clinton Foundation at a convening of the Clinton Global Initiative (CGI) Action Network, IBM is now playing a role supporting Grillo by adding the OpenEEW earthquake technology into the Call for Code deployment pipeline supported by The Linux Foundation.

IBM has deployed a set of six of Grillo’s earthquake sensor hardware and is conducting tests in Puerto Rico, complementing Grillo’s tools with a new Node-RED dashboard to visualize readings. IBM is also extending a Docker software version of the detection component that can be deployed to Kubernetes and Red Hat OpenShift on the IBM Cloud.

“IBM is thrilled to continue collaborating with Grillo and to contribute to the new open source OpenEEW project with The Linux Foundation,” said Daniel Krook, Chief Technology Officer, Call for Code. “Grillo technology has the potential to help save lives, which is just the type of innovation we look for in Call for Code projects. This is an exciting opportunity for the developer community to help us improve the software, hardware, and global network as an open source project.”

Grillo sensors have generated more than 1TB of data since 2017 in Mexico, Chile, Puerto Rico and Costa Rica, including information from large earthquakes of magnitudes 6 and 7. Researchers from Harvard University and the University of Oregon are already working with this data, which will enable new machine learning earthquake characterization and detection methods.

“Understanding the ground on which Mexico City is built is an important facet of earthquake hazards. With support from the David Rockefeller Center for Latin American Studies at Harvard University and the David and Lucile Packard Foundation, we are working with Grillo to deploy a dense network of sensors across Mexico City and analyze the seismic behavior and local seismicity beneath the ancient lake basin. Our collaboration also enables open source software development for the next generation of seismology on the cloud,” said Harvard Professor Maine Denolle.

The primary aim of the project is to encourage a variety of people – makers, data scientists, entrepreneurs, seismologists – to build EEWs in places like Nepal, New Zealand, Ecuador, and other seismic regions. This community may also contribute to OpenEEW by advancing the sensor hardware design, improving detection and characterization of earthquakes through machine learning, and creating new methods for delivering alerts to citizens.

Artificial Intelligence Contributes Higher in Healthcare Compared to Other Industries