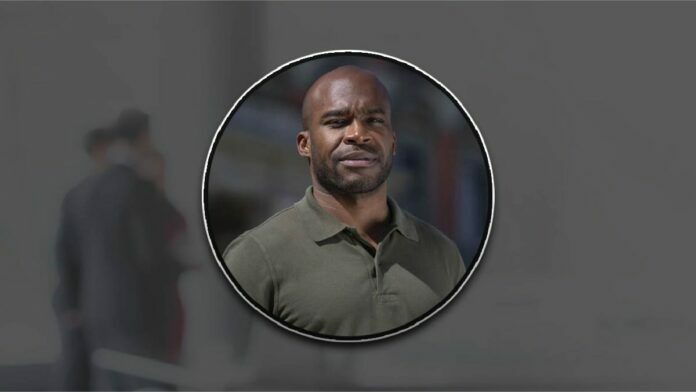 Forterro, a European provider of ERP software solutions to nearly 8,000 midmarket manufacturing and production companies, is proud to reveal that the company’s CEO Dean Forbes, has today been named as one of the UK’s most influential black people in The Powerlist 2022, published by Powerful Media.

It is the second year that Forbes has been on the annual list which recognises the most powerful people of African, African Caribbean and African American heritage in Britain across a range of industries including business, politics, technology and science.

Across his 20-year-career, Forbes has successfully turned around several ailing tech firms building them into success stories for founders and investors by adding over $1bn to their exit values. This makes him one of very few CEOs in Europe to have delivered high value-growth consistently, across multiple transactions.

Forbes was appointed CEO of Forterro in March this year. In this new role he is responsible – on behalf of the company’s 1,200 employees and primary investor Battery Ventures – for all aspects of the company’s growth. He is the driving force behind a programme of acquisitions and dynamic internal transformations.

The Powerlist judges also recognised Forbes for his philanthropic work. His foundation, Forbes Family Group (FFG) provides investment and development support to young people and entrepreneurs from underrepresented backgrounds. This year, in response to the pandemic, it ramped up its efforts in support of local organisations in South East London.

Also Read: 4 Attributes of True Digital Leaders in IT

In June, FFG announced a two-year sponsorship deal with Ten Em Bee, the longstanding grassroots football club and community centre that has supported thousands of young people in Lewisham and that is best known for nurturing the talent of former England and Arsenal star Ian Wright.

The partnership meant the club could open its doors in the holidays to provide care and support to children of local and low-income families. FFG has also invested in a lone parent, helping her as she launched her own food business.

Speaking about his inclusion on the Powerlist 2022, on which he is named alongside Marcus Rashford, Sir Lenny Henry and Dame Sharon White, Forbes said:

“I’m honoured to be included on this year’s Powerlist and recognised alongside so many other names, many of whom I have admired for years. I don’t feel what I do is extraordinary, to me it’s normal. It’s important to me that young people see the Powerlist and are inspired to pursue their dreams and ambitions and be successful too.”

In recent years, Forbes has also been named one of the UK’s 50 most ambitious business leaders by Lloyds Banking Group and The Daily Telegraph.

Having secured his first job in the IT industry in his early 20s, by his late 20s, Forbes had already gone on to play a major role in the international growth of US software firm Primavera and was instrumental in its sale to Oracle. This led to CEO roles at KDS, a European travel and expense management software company which was acquired by American Express in the largest technology deal Amex had ever closed at the time and then CoreHR, an Anglo/Irish provider of cloud-based HR and payroll solutions, before it was acquired by The Access Group, where he took the role of President.

FFG has helped many young people move from difficult situations into education or into promising careers and also donates meals, toiletries and baby clothes to parents in need. It also invests in a chain of not-for-profit pre-and after-school clubs which provides free childcare for parents facing financial hardship.

In addition, Forbes is also a board trustee of the London-based African Caribbean Leukaemia Trust.

The Powerlist, which is produced in partnership with J.P.Morgan and sponsored by PwC, Facebook, the Executive Leadership Council, The London Stock Exchange Group and MasterCard, recognises and celebrates the most influential black people in Britain. It has grown to become the definitive and most prestigious recognition of black achievement within the UK.

The list is decided upon by an independent panel chaired by former High Court Judge Dame Linda Dobbs.

As Managers Struggle with Disruptions, the C-Suite Doubts the Success of Digital Transformation