EnterpriseTalk
Home News Study: 59% of IT Professionals Still Don’t Have All Their Users on... 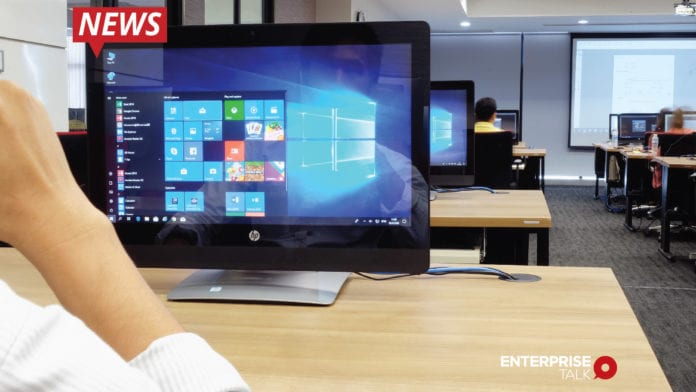 Ivanti, the company that unifies IT to better manage and secure the digital workplace,  announced survey results that capture the pain points and priorities of IT professionals when faced with migrating user devices to Windows 10. Surprisingly, 59% of IT professionals report that they still haven’t migrated all their users to Windows 10, despite the imminent end of regular support for Windows 7 on January 14, 2020. As many as 39% will not be completed with their Windows 10 migration projects in time for the January deadline.

It’s the Windows 7 end-of-life date that is driving much of Windows 10’s adoption (44%). However, IT professionals also named vulnerability management and a mitigating security risk (23%), mitigating operational risk (11%) and improving user productivity (10%) as significant factors in their prioritization of migrating to the new operating system.

When asked what has impacted their users’ migration the most, IT professionals ranked the resource time and migration costs involved (57%) at the top, followed by other higher IT priorities (47%) and concerns over application readiness and support for Windows 10 (40%).

This concern over application readiness is further reflected in IT professionals’ reluctance to update or patch critical business applications. When asked what most often prevents them from performing software updates:

Windows 10 doesn’t seem to be having too much impact on the adoption of virtual or cloud-based desktops, however. 70% of IT professionals said they use or will use Windows 10 on physical desktops and laptops while just a quarter use or will use Windows 10 in hybrid virtual and physical desktop environments. Perhaps that is because IT professionals expect the cost of maintaining Windows 10 to be the same as Windows 7. In fact, 20% expect the costs for supporting Windows 10 to be less than Windows 7.

“With the end of life for Windows 7 rapidly approaching, the pressure on many IT organizations due to potential costs is increasing,” said Duane Newman, vice president, product management at Ivanti. “Tools that automate the migration process can dramatically relieve migration resource and time demands while minimizing cost and ensuring seamless application support. As a result, enterprises can more quickly benefit from the security advantages of Windows 10, while keeping users productive and mitigating operational risk.”

Five Industries That Benefit the Most from Predictive Analytics