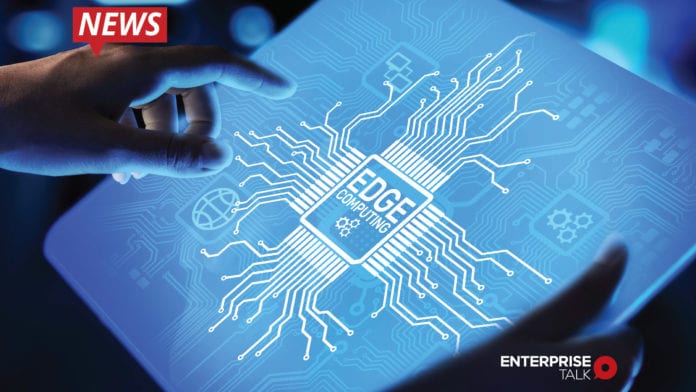 At this year’s IFX Conference in Las Vegas, State of the Edge, a diverse, member-supported research organization, announced the availability of State of the Edge 2020, a free market research report that explains and documents the latest developments in edge computing. New to the 2020 report is a comprehensive forecast model built by Tolaga Research, which predicts $146 billion in annual spend on edge IT and data center infrastructure by 2028, with a 35 percent CAGR and a $700 billion cumulative CAPEX spend between now and then.

“The 2020 edition of State of the Edge seeks to interpret the profound re-architecting of the Internet being driven by edge computing, and adds over a year of updates from the edge community,” said Matt Trifiro, co-chair of State of the Edge. “We document the Third Act of the Internet as it unfolds in real-time, leveraging billions of dollars of edge data centers, servers, storage arrays, fiber optics, and wireless technologies to radically transform the world’s middle- and last-mile infrastructures. This will accelerate new technologies like wireless 5G and autonomous vehicles, but will also impact nearly every sector of the economy, from industrial manufacturing to healthcare.”

Also read: Computing Slides Away from the Cloud to the Edge

Edge Infrastructure will be $700+ Billion MarketThe 2020 State of the Edge Report estimates that over $700 billion in cumulative CAPEX will be spent within the next decade on edge IT infrastructure and data center facilities.

To come up with this number, researchers modeled the growth of edge infrastructure from the bottom up, starting with the sector-by-sector use cases likely to drive demand. The forecast considers a total of 11 markets and industries in calculating the growth, including those represented by smart grids, manufacturing, retail, healthcare, automotive and consumer services.

In addition to predicting the growth of monetary spend, the forecast also predicts the growth of data center and IT infrastructure, as measured in megawatts. The deployed global power footprint of the edge IT and data center facilities is forecast to reach 102 thousand MW by 2028, with 68% of the deployments being on the infrastructure edge and 32% on the device edge.

Enabling the Third Act of the InternetThe 2020 State of the Edge report uses the metaphor of a classic three-act play to explain the history and future of the modern internet. Edge computing is driving the third act. In summary:

Also read: Almost a Tenth of US Economy is Run by the Internet Sector

“The Linux Foundation supports the open availability of resources like the 2020 State of the Edge report. It’s a great way to keep up with the fast-pace of edge computing,” said Mr. Joshipura. “We’re excited to see organizations of diverse interests coming together to produce a resource that is made available free of charge and elevates the entire community. We look forward to ongoing work with the State of the Edge to collaboratively document and amplify innovations across the entire edge landscape.”

Bots to Take over Communication with Customers: Is the Future Already Here?