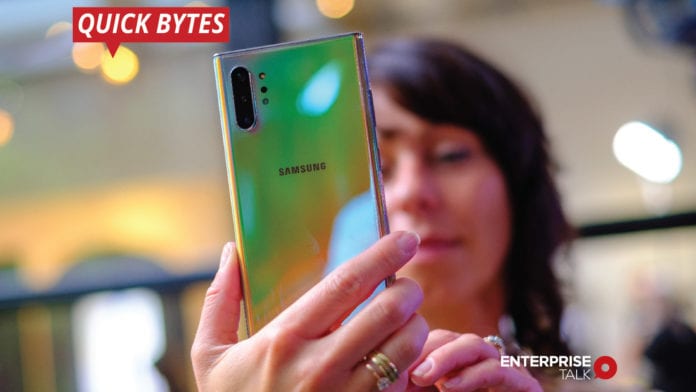 After years of low activity, this year will see strong sales of Samsung Electronics’ Galaxy Note 10 smartphone series. This could indicate the South Korean tech giant’s revival and its move back to the growth track.  The decreasing fall in profits of the third quarter is a clear indication that time may be changing for the world’s largest smartphone maker.

With the launch of 5G phones and $2,000 foldable handsets, Samsung is clearly competing with rivals U.S. Apple and China’s Huawei.

There are indications that Samsung’s global memory chip business will stabilize next year, and prices will become stronger.  In this quarter, Samsung has sold more than one million of the 5G Note 10 handsets in South Korea, and Europe also showed strong sales. One of the reasons for this boost is the US sanctions on Huawei, say experts, and the resulting block on Samsung’s closest competition. Earlier, Counterpoint pointed out that in March, the sales of Huawei’s Honor smartphones that accounted for a large portion of its sales outside of China had dropped significantly, giving Samsung the push in sales volumes of its new A-series.

How the CIO Role Will Evolve Post Covid-19 Pandemic

AI Adoptions in mature phase in over Half of Enterprises Globally