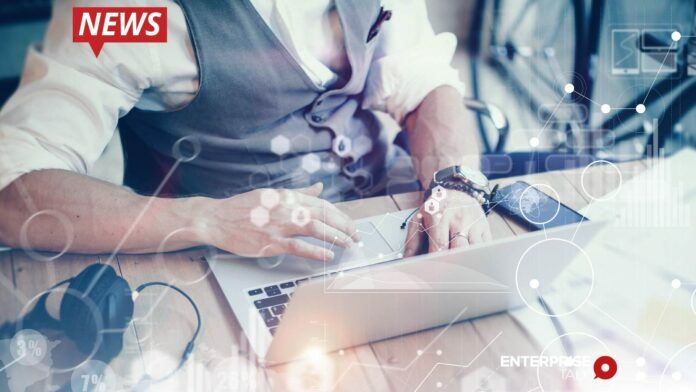 Desktop workstation lifespan extended by at least three years; work-life balance realized, with the solution helping to minimize the impact of Coronavirus

The firm was founded as the Richard Rogers Partnership in 1977 but over time evolved and in 2007 the decision was made to rename the business Rogers Stirk Harbour + Partners (RSHP). It is well-known for designing a wide range of building types from offices, education, and retail to civic and healthcare. Employing a staff of 200, it’s famous for the Grade I-listed Lloyd’s Building, The Leadenhall Building – the so-called Cheesegrater where its head office is based – Terminal 5 at Heathrow Airport and The Macallan Distillery and Visitor Experience in Scotland. The quality of its designs have been recognized by the architectural industry’s highest awards, including two RIBA Stirling Prizes, one in 2006 for Terminal 4 Madrid Barajas Airport and the other for Maggie’s West London Centre in 2009.

Mark Read, RSHP’s head of IT says, “Rather than using standard PCs or laptops, architects follow the film industry and rely on powerful graphics-based software and workstations to do their work. But they were holding us back and we couldn’t get the flexibility we wanted. The idea was to develop a strategy to introduce mobility into the practice so that staff aren’t just stuck to their desks but can work from anywhere irrespective of whether they are in or out of the office.”

Read More: How Cyberattack in Healthcare Industry Could Be a Substantial Threat

A key facilitator of this strategy has been the introduction of VDI along with grid technology from NVIDIA. At its on-premises datacenter, RSHP has installed VMware Horizon View running on seven high performance Dell EMC PowerEdge R740 rack servers – each with 24GB of system memory to fuel graphics power – with a further three servers located at its disaster recovery site.

NVIDIA Tesla P40 graphic processing units (GPUs) have been used to ensure that the server-based graphics are then segmented and shared so that each member of staff gets 1GB of performance. This is ample to run key applications like Autodesk Revit, Bentley MicroStation, Adobe Creative Cloud, Microsoft Office 365 and a project information management system from New Farmer.

To maximize its investment in existing Dell workstation hardware, RSHP has installed IGEL OS, allowing it to convert and repurpose these Windows machines into Linux devices, thereby extending their operational capability to around seven years rather than four as is currently the case – a 75% increase in lifespan.

The IGEL Universal Management Suite (UMS) is then used to centrally manage and control them – a massive benefit to the IT team of four – as it saves time having to go to individual desktops to update software, install patches and so on. The new desktop solution was purchased through IGEL gold partner, Creative Network Consulting based in London.

Read says, “We looked at competitive products but they were a bit clunky. We wanted something which offered a good end-user experience, fast login into VDI, was simple to manage and which runs smoothly on each machine. That’s what IGEL delivers.”

Read More: Top Drivers Behind Every Innovative and Successful CIO

Another reason for the selection was IGEL’s easy integration with Cisco Jabber for instant messaging, video and voice calls and conferencing. Read adds, “Frankly IGEL was the only solution where the telephony worked. With other suppliers, you could see the softphone on the desktop but not actually hear anyone.”

In terms of roll out, further to a proof of concept with one architectural team, RSHP will roll out the solution project by project – equating to about 15 teams – a process expected to take no more than three months.

While it is early days on the project, RSHP is positive about its move to VDI and use of IGEL OS. By avoiding an annual workstation refresh cycle, budget has been reinvested into VDI – a platform which has delivered the flexibility the practice was looking for, with even specific applications experiencing a performance gain.

Read says, “While there are clearly benefits to the IT team in terms of central endpoint management, this project has been all about enabling staff to work as they want to rather than being constrained by technology. VDI has introduced full mobility and encouraged a better work-life balance so that architects can now work when and wherever they like using whatever device they have on hand. And it’s simple to do so. It doesn’t matter who you are, anyone can use the system.”

Read adds, “In less than a few months, work-from-home and remote work computing demands have gone beyond being simply desired to becoming absolutely essential. VDI and IGEL are certainly helping us address the challenges presented by the Coronavirus pandemic so we can continue to support and serve clients effectively.”

Andrew Gee, IGEL’s Vice President, Sales Northern Europe, says, “RSHP is a true leader in its sector, not just in terms of the buildings it designs but the IT it uses. It’s one of the first architectural firms in the world to deploy VDI to unshackle people from their desks and enhance how they work.”

Finastra and CloudMargin partner to deliver Collateral Management as a Service