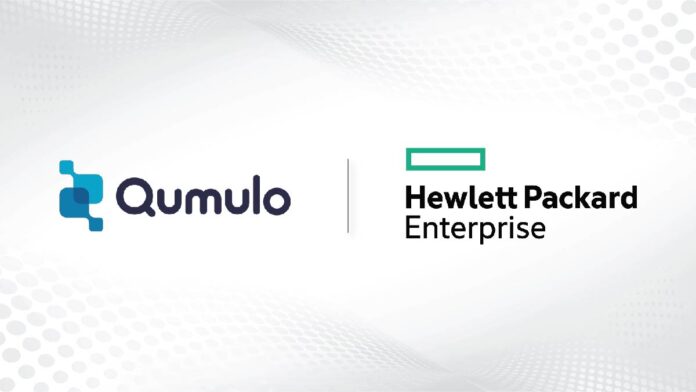 As a result, enterprises such as hospitals with high-density images like 3D X-rays that produce petabytes of file data, and put increased demands on their organization’s file storage system, can now easily manage that data at a lower TCO.

“As the world’s most important organizations create and store more data than ever before, Qumulo is focused on providing customers radically simple solutions to store and manage that growing set of data. Together with HPE, we can do exactly that,” said Ben Gitenstein, Vice President of Product at Qumulo. “Having the ability to store more data than ever before in a space that is smaller than ever before gives customers the ability to consolidate complex storage systems, choose radical simplicity over legacy complexity, all while lowering TCO.”

The new 291TB offering makes it easier to combat operational costs and data center sprawl. Healthcare enterprises, for instance, can easily store and manage the equivalent of 25 billion genetic sequencing images or roughly 450 billion medical picture archiving and communication system (PACS) images in a single rack, to deliver patient care faster and more cost-efficiently than ever before.

Also Read: Global IT Spending Will Reach Nearly $4.2 Trillion in 2021

“Storage is critical to our business, which is basically a massive fire hose of data. We could not do our work without a high-performance, high density, scalable storage solution of some kind,” said Nathan Conwell, Senior Platform Engineer at Vexcel Imaging, the world leader in developing and manufacturing high-end cameras for large-format digital aerial photography.

“Qumulo on the 291TB All-NVMe Node from HPE is playing a crucial role in simplifying the data management for demanding petabyte scale workloads – such as video surveillance, autonomous vehicle data, or post-production visual effects for Hollywood’s biggest film studios – in the data center by reducing the physical storage equipment and resource consumption.