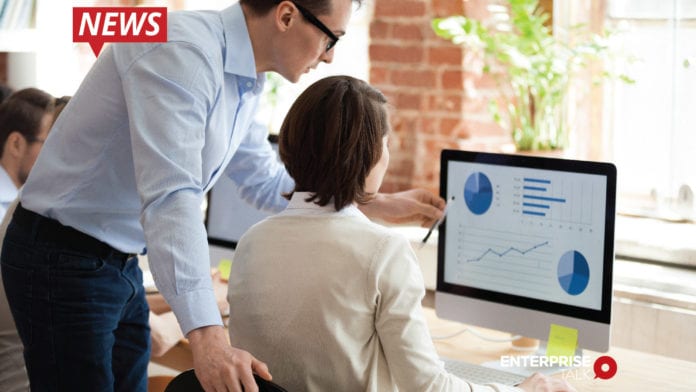 “Origin has been used intensively at INSEP for almost 20 years. It is an all-in-one software that provides everything needed for handling tasks such as signal processing, data manipulation, stats, graphing and reports. Amongst the various improvements and new features in Origin 2020, I was particularly thrilled by pop-up mini toolbars, allowing super easy and super fast graph customizing and polishing,” said Antoine Couturier PhD, Research Engineer at INSEP (Paris, France).

A key addition to Origin 2020 is Mini Toolbars for easier graph customization. Now users can edit and customize graph elements quickly using popup Mini Toolbars, instead of complex dialogs. These toolbars are sensitive to the type of graph and object selected, thus providing quick access to the most common customization needs. Users can customize group or individual data plots, axes scales and styles, font settings for all text on the page, layer properties, page properties and more, using these convenient pop-up toolbars.

Several speed improvements have been made in Origin 2020.  The import speed of large text files has been improved by a factor of 10 or more, as compared to previous versions of Origin and compared to Excel 2016. This was done by making full use of the processor’s multi-core architecture. In addition, scatter plots of large datasets, such as over 2 million rows, are drawn much faster in this new version. This includes the default XY scatter plot, as well as color-mapped, scatter plots in which a third column is used to assign scatter point color. Several enhancements have also been made to Database Import, including directly importing images as pictures in worksheet cells, protecting imported data from editing, and clearing imported data to reduce file size when saving projects, as well as other ease-of-use improvements. Additional enhancements were made in other areas such as Peak Analysis, Worksheet Data Filters, Contour Plotting, Worksheet Operations, and Importing Third-Party files.

New graphs types introduced include: Density Dots; Color Dots; Pie and Doughnut Charts; Sankey and Alluvial Diagrams; Dendrograms; Kite Diagram; Population Pyramid; and Before-After Plots.  Density Dots and Color Dots plots provide significant gains in plotting speed. The Density Dots Plot was introduced to create scatter plots from very large datasets on the order of millions of data points and can be graphed in just 2-3 seconds! Other key features in this version include the ability to Copy and Paste Data Plots, Copy and Paste HTML and EMF Tables, Absolute Referencing in Cell Formula and many more.

New Apps available for 2020 are 2D Peak Analysis; Import NMR Data; Video Data Explorer; Neural Network Fitting; Soil and Rock Classification Diagrams; Piper Diagram; Marginal Abatement Cost Curve; Work Connector; and LeCroy Connector. Several Data Connector Apps that are shipped with the product have also been improved and updated as well. All apps are available for free to download as “add-ons”, from the App Center within Origin. In this way, users can customize the software to their needs.

Origin offers an intuitive, point-and-click interface for new users, combined with a wide range of powerful functions for advanced purposes. OriginPro includes all of the features of Origin plus extended analysis tools. Origin and OriginPro are used by more than 500,000 registered customers worldwide spanning Fortune Global 500 companies, research institutions, and colleges and universities across various disciplines including physics, chemistry, biology, pharmacology, engineering, and manufacturing.

A Look into the Most Common Reasons behind Cloud Cost Wastage