EnterpriseTalk
Home News nPlan raises $18 million in Series A round led by GV to... 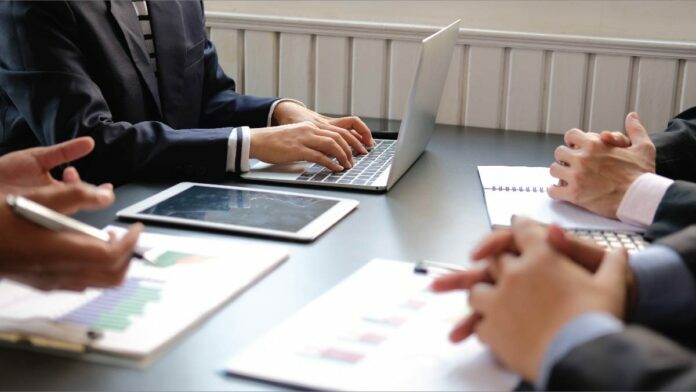 nPlan, a company that uses machine learning to forecast the duration, risks and opportunities of construction projects, has secured an $18.5 million investment round, led by GV (formerly Google Ventures).

The company’s proprietary AI algorithms have analysed nearly $1 trillion worth of global construction projects and deploys this learning to spot delays and recommend improvements with an accuracy and scale previously not possible.

In doing so, nPlan’s data-led insights effectively reduce the volatility of and increase investor confidence in construction projects.

There continues to be a significant global appetite for major infrastructure projects, both in the immediate boost they provide to jobs and construction companies’ revenues, and the ongoing economic impact they can have on regions and even whole countries.

According to recent data from the Royal Institution of Chartered Surveyors, ‘In the last quarter of 2020, before the latest lockdowns, construction industry workloads increased for the first time since 2019’.

Further to this, 2020 saw a seven month period of increased activity and expansion within the UK construction sector. And, in the United States, the Biden administration recently announced a major spending bill that aims to boost the economic output and revive the battered infrastructure across the country. The global construction boom is inevitable and will play a significant role in reviving a battered global economy.

Yet project delays and overspends are common in construction – one study estimates that for every billion dollars spent on projects, $127 million is wasted. This leads to two things: project volatility, where spiraling costs can trigger job losses and even companies collapsing; and a lack of confidence in the ability of the industry to deliver initiatives, in turn impacting investor appetite and support.

nPlan seeks to eliminate both issues by using machine learning to analyse the plans and actual outcomes of past projects to give customers accurate forecasts on project timelines and potential delays and opportunities. nPlan’s solutions will be absolutely vital as the industry becomes flush with investment and the security and success of projects are paramount.

In the UK, Network Rail is one of the leading investors of large-scale infrastructure projects. It recently worked with nPlan on some of its largest rail projects – including the Great Western Main Line and the Salisbury to Exeter Signalling projects – representing more than £3 billion of capital expenditure. By flagging unknown risks, nPlan’s platform identified cost savings of up to £30 million on the Great Western project alone.

In addition, the nPlan platform is constantly learning. As well as drawing on external market historical data, it uses intelligence from current projects on the platform, including HS2 and Shell, to educate and update its algorithms.

As well as GV, investors in the round include LocalGlobe, Pentech, Entrepreneur First and former McKinsey & Company managing director Sir Ian Davis. With nPlan already operating in eight countries for nearly 30 customers, covering commercial, infrastructure, transportation and energy construction projects, the investment will be used to scale its algorithm-led assurance platform and launch a new category of insurance, to cover against the damaging losses of project overruns.

CEO Dev Amratia and CTO Alan Mosca co-founded nPlan in 2017. Amratia, a former project manager with Shell, most recently led the national review on AI for the UK Government, and currently sits on the Expert Panel for the Department for Transport’s Acceleration Unit.

Amratia said “At a time of ongoing uncertainty, our goal is to provide confidence in a sector notorious for struggling to stick to deadlines or budgets. By using some of the most powerful machine learning capabilities in the world to analyse what worked and what didn’t in past projects, we can help our customers work out what’s going to derail their own initiatives, and stop problems happening before they even appear.”

“Through due diligence, we spoke to a range of customers and prospects, ranging from infrastructure owners like Network Rail or the largest tech companies to contractors such as SNC Lavalin. In all cases, we were blown away that those responsible saw the benefit of applying modern machine learning techniques to such a difficult analogue problem,” said Tom Hulme, General Partner at GV. “Enabling more efficient build in infrastructure is a multi-billion dollar opportunity, increasing by the day as governments drive investment post-pandemic. We couldn’t be more excited to see nPlan empower its customers to visualise and manage the project planning process, assess budgets, timeliness, and risk in an entirely novel way.”

Alastair Forbes, Network Rail’s programme director (affordability) said, “By championing innovation and using forward-thinking technologies, we can deliver efficiencies in the way we plan and carry out rail upgrade and maintenance projects. It also has the benefit of reducing the risk of project overruns, which means in turn we can improve reliability for passengers.”