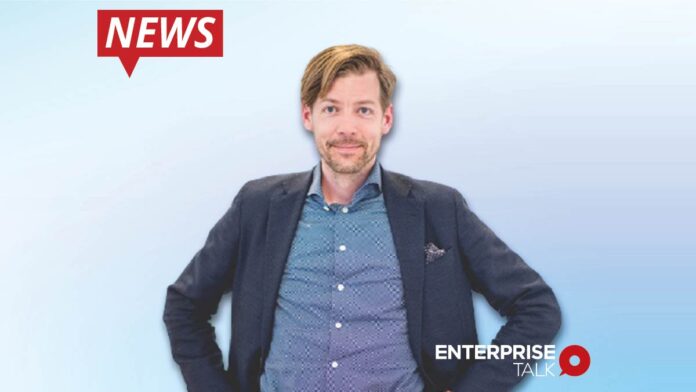 Netlight is challenging the norm of the CEO as a hierarchical title with a new governance structure. As of today, at the recommendation of the entire partner group, the CEO role will be transferred to Katri Junna , partner in Finland, and Felix Sprick , partner in Germany. Erik Ringertz, Netlight’s CEO since 2003, will remain with the company as a “partner among partners”.

Instead of a classic change in the CEO role, Netlight is introducing a completely new executive structure, which takes into account the unconventional organizational structure of Netlight and further strengthens its foundations.

From now on, the partner group will name the role of the CEO from the group on an annual basis and suggest changes if necessary. The proposal is then subject to formal approval by the Supervisory Board.

According to the newly introduced principle, two people will now share the role. Compared to an individual, a duo has, on the one hand, a much broader anchoring and identification potential and, on the other hand, a broader range of skills. The appointed persons will continue to work as partners in the company, because the role of the CEO will only expand the area of ​​responsibility for a limited period of time.

Also Read: The Pandemic Has Created a Boom for Biometric Adoption Globally

Today is the starting signal for the new management structure and with Felix Sprick and Katri Junna become partners from the locations in Helsinki and Munich, as the first international duo to work on developing the CEO role. As a partner, Erik Ringertz remains a central component in the further development of Netlight at all levels.

“I am very pleased that I can bring the perspective of a smaller, up-and-coming office within the Netlight Group into this role and break with the myth of the CEO who has to act from the headquarters”, says Katri Junna , CEO.

“It was great to feel the trust of the partner group in each individual as a possible candidate and there was no prestige in the decision-making process,” says Felix Sprick , Vice CEO. “For me, the most beautiful and central thing about the new structure is that the CEO role is based on everyone’s support and the role does not depend on exercising power over others.”

“We are very satisfied with the new CEO duo. The international background reflects today’s Netlight”, says Gustaf Eriksson , Chairman of the Supervisory Board. “Gender Equality & Diversity is a central idea in the context of the new structure at all times.”

“I am personally very grateful and proud of the further development of the CEO structure and this new beginning, which also frees up creative energy and time for new things for myself in order to drive Netlight forward together with the rest of the partner group”, says Erik Ringertz, former CEO .

3 Strategies for CIOs to Demonstrate higher RoI for IT Investments