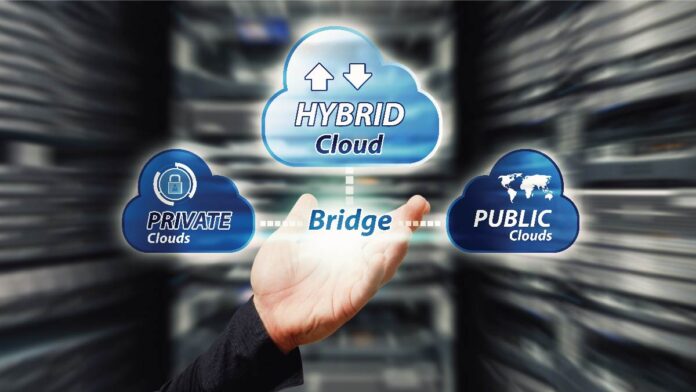 Morpheus Data, the hybrid cloud application orchestration company, has released its largest software update of the year in a move that will help enterprise customers streamline the transition to containers and simplify the adoption of infrastructure-as-code within a single self-service platform.

Highlights from Morpheus v5.3.1 include:

Today’s infrastructure and operations teams are facing a major complexity and skills gap crisis as they struggle to enable developers, manage hybrid clouds, and facilitate the shift to containers. The result is a rapidly changing market and a convergence of cloud and container offerings. Details can be found in the 2021 Gartner Market Guide for Cloud Management Tooling, which features Morpheus as a representative vendor.

“It has become virtually impossible for IT teams to manage an increasingly complex set of cloud services, container platforms, and automation tools,” said Brad Parks, Chief Marketing Officer at Morpheus Data. “Customers are flocking to Morpheus because we eliminate technology silos and bring order to cloud, container, and automation chaos.”

Simplifying how enterprises build, manage, and consume Kubernetes on any cloud

Most companies now report increasing adoption of containers, with deployments running across a mix of private and public clouds. Unfortunately, teams managing virtualized and hybrid cloud infrastructure are now being stretched to the breaking point as they take on Kubernetes. It’s no surprise that a lack of skilled resources and operational complexity are often cited as top challenges.

Morpheus has already helped hundreds of enterprises reduce hybrid cloud complexity while avoiding vendor lock-in and is bringing those same benefits to container management within its unified and agnostic self-service platform. Updates include:

This means enterprise platform teams can eliminate the need to build, manage, and consume Kubernetes in a completely different control plane from their virtualized and cloud-native platform-as-a-service services. It also reduces lock-in as customers evaluate proprietary stacks such as VMware Tanzu or Red Hat OpenShift.

As enterprises have embraced Infrastructure as Code (IaC) with Terraform, they report challenges governing workflows and bridging the gap between infrastructure automation and application configuration. Linking tools like Ansible to Terraform can be difficult and expensive when you combine the cost of Terraform Enterprise with Ansible Tower on top of what enterprises are already spending on legacy VMware automation.

Also Read: Four Steps for IT Experts Transitioning to an IT Leadership Role

Morpheus has been on the leading edge of infrastructure automation since its inception with support for native IaC syntax as well as third-party IaC including AWS CloudFormation, Azure ARM, and HashiCorp Terraform.

Morpheus was an early proponent of GitOps with the ability to link IaC and configuration scripts to repositories for version control and continuous automation. Efficiency-minded enterprises have also reduced costs substantially by using Morpheus to eliminate spend associated with Ansible Tower and Terraform Enterprise.

By attaching phase-based automation to IaC, operations teams can fully control the lifecycle of a Terraform resource and simplify post-provisioning tasks. These Terraform instances can even be exposed to ITSM tools such as ServiceNow with just a handful of mouse clicks and zero added cost.

Morpheus is also simplifying the use of Terraform in on-premises environments with the development of its own Morpheus Terraform provider. Traditionally, using Terraform on-premises has required separate providers for the dozens of tools that operations teams use on-prem including IPAM, DNS, hypervisors, and more.

The Morpheus Terraform provider will enable Terraform users to have a single unified provider to utilize across any on-prem or public cloud without adding complexity.

Over the last 18 months, Morpheus has been named as a leading vendor and strong performer in hybrid cloud management analysis from major industry analyst firms. Much of this recognition comes from a feature set that spans self-service provisioning, governance and security, developer enablement, and cloud resource optimization.

With the latest release, Morpheus has continued this market-leading trajectory with several core hybrid cloud management platform updates including:

Cloud Budget among Businesses Surging in the Digital Era

The Impact of US Government Shutdown on U.S. Cybersecurity