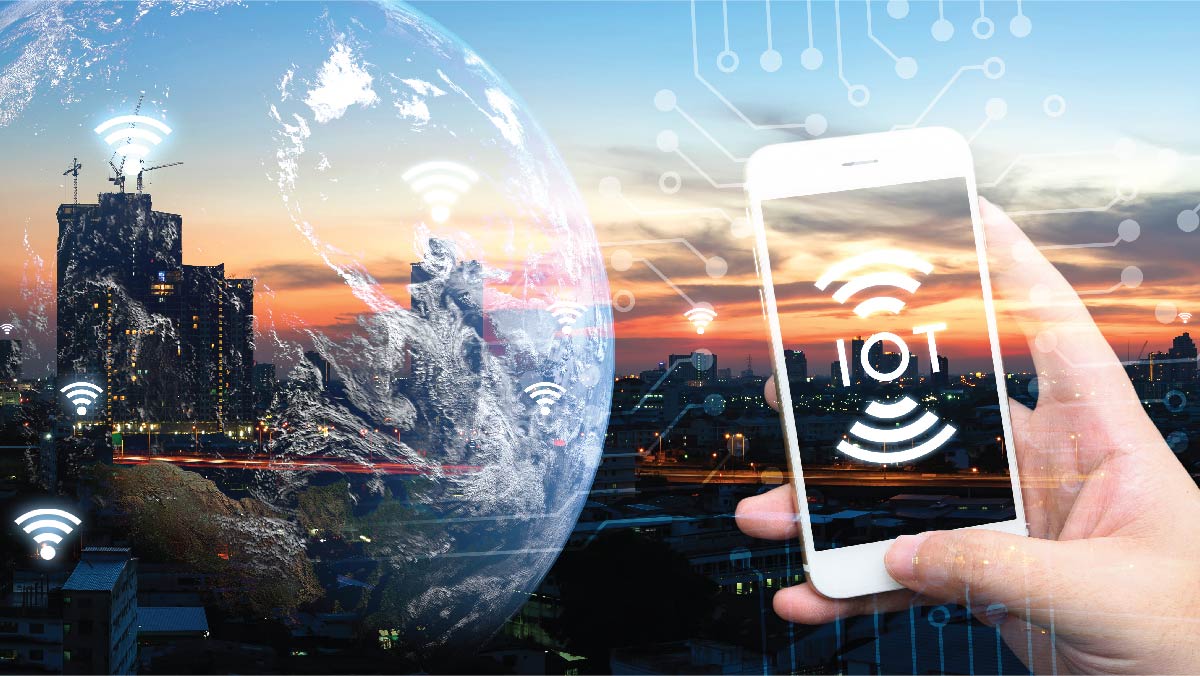 14 October, 2021 New research by Inmarsat, the world leader in global mobile satellite communications, reveals that investment in the Internet of Things (IoT) is set to overtake cloud computing, next generation security, big data analytics and other digital transformation technologies in the near future. Respondents drawn from multiple industries reported plans to invest the greatest proportion of their IT budget on IoT projects over the next three years.

IoT has reached a high level of maturity across most organisations, with businesses across all industry sectors now planning to spend an average of $2.8 million on their IoT investments through to 2024. While IoT accounted for an average of 7 per cent of an organisation’s IT budget between 2017 and 2020, businesses are planning to spend 10 per cent of their IT budgets on IoT projects over the next three years. Planned investments in IoT are notably higher than those earmarked for other Industry 4.0 technologies, including cloud computing (9.0 per cent), next generation security (7.5 per cent), big data analytics (7.3 per cent), robotics (5.3 per cent), machine learning (4.8 per cent) and virtual reality (4.3 per cent).

In addition to receiving more investment than other technologies vying for IT budgets, the new research also reveals that the mainstream adoption of IoT is already making a significant difference in terms of operational cost-savings to many organisations. On average, respondents report that IoT projects currently save their organisations 9 per cent of their yearly costs. In the future, respondents expect to achieve an average of 15 per cent cost-savings in 12 months’ time, rising to 22 per cent in three years and 30 per cent in five years’ time.

There are, however, noticeable variations in the planned levels of IoT investments between different industry sectors. Oil and gas firms intend to invest the most in IoT over the next three years (an average of $3.2 million), followed by electrical utilities companies ($3.1 million), transport and logistics businesses (£3 million), mining operators ($2.7 million) and, finally, agricultural businesses ($2 million).

Commenting on the findings, Mike Carter, President of Inmarsat Enterprise said: “Our latest research reveals IoT is now the primary Industry 4.0 technology in which companies are investing over the next three years. The emergence of IoT as an investment priority for businesses, and the increasing level of cost-savings they expect IoT to deliver in the years ahead, demonstrates how well-established a technology IoT has become across multiple industries. However, there are still noticeable differences between sectors and several significant areas for all organisations on which to improve to draw optimum benefits from the technology, namely: securing reliable connectivity, improving data management and addressing their IoT skills gaps and security concerns.

“Despite already seeing rapidly increasing levels of IoT adoption, Covid-19 has emphasised the importance of Industry 4.0 technologies like IoT for business continuity. With the world’s production and supply chains becoming increasingly interconnected and digitalised, those companies producing digital twins of their supply chains and sharing data, are the ones reaping the benefits.

“Inmarsat ELERA, our industry-leading narrowband network, is ideally suited to the rapidly evolving world of IoT and the billions of devices that are being connected every year, delivering global reach, extraordinary resilience, and the fastest speeds, along with the smallest, lowest-cost terminals in their class. ELERA is inspiring new possibilities and enabling organisations from all sectors to access IoT anywhere and will be a catalyst for the next wave of world-changing technologies. Organisations looking to accelerate their IoT deployments need look no further than Inmarsat and our global partner ecosystem – the widest of any satellite provider – to solve their IoT connectivity needs.”

Is proactive planning needed for effective utilization of business data?