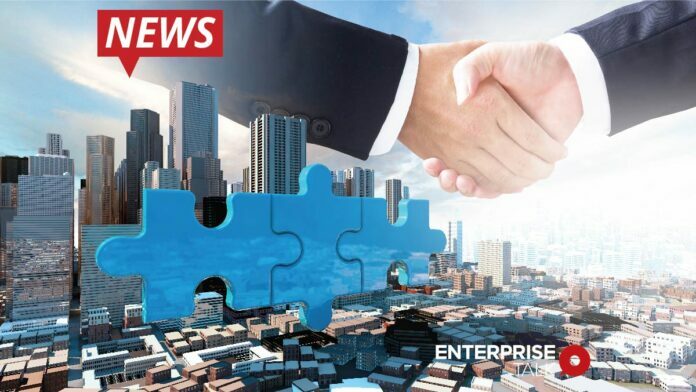 Arqit Limited (“Arqit”), a leader in quantum encryption technology, has today announced at the G7 Leaders Conference in Cornwall, that it has formed an international consortium of companies and government organisations to provide its quantum encryption technology to government customers in a federated system concept, called Federated Quantum System (FQS). The UK, USA, Japan, Canada, Italy, Belgium and Austria are now represented.

Arqit invented a system which uses satellites to distribute quantum keys to data centres. These keys are delivered using a new patented protocol called ARQ19, which solves the “Global versus Trustless” problem which previously prevented the adoption of Satellite Quantum Key Distribution (QKD).

Arqit further invented a method, called QuantumCloud™ to translate the benefits of this quantum key distribution to any form of endpoint or cloud machine without the need for any special hardware. The first version of QuantumCloud™ launches for live service to commercial customers in 2021.

Government customers typically have more stringent requirements for control and are more inclined to buy “Private Instances” of cloud technology rather than managed services.  Arqit has therefore designed a different version of its technology to meet this need and has recruited a strong community of partners from allied countries to collaborate in bringing the FQS system to use.

FQS has been developed with support from the UK Space Agency (UKSA through its National Space Innovation Programme). The system consists of dedicated satellites, control systems and QuantumCloud™ software.  It will be provided to the UK’s ‘Five Eyes’ allied governments and other international partners, allowing sovereign protection of strategic national assets and   interoperability for joint operations.

The first FQS satellites are to be integrated and tested at the National Satellite Test Facility in Harwell near Oxford and are expected to be launched on Virgin Orbit’s LauncherOne from Newquay in Cornwall in 2023, after the launch of the first commercial Arqit satellites.

The role of Virgin Orbit in providing responsive launch services for government customers from any location is additive to the plan to deploy many FQS satellites to support the needs of a growing list of allied country partners.

Arqit’s Chairman and Chief Executive Officer, David Williams said, “FQS enables collaboration between NATO-allied governments around the world to form a federated version of QuantumCloud™ infrastructure.  It also enables the Joint All Domain Command and Control vision to come to life.  The FQS system is global in its nature, and there is now strong momentum in an international consortium joining forces to bring it into use”.

General Stephen Wilson, Director of Arqit Inc. said, “For Allies working together Joint All Domain Command and Control (JADC2) is essential.  For JADC2 to work, we must have a real identity, credentialing, and access management solution.  Arqit’s technology makes trusted data security possible”.

Minister for Science, Research and Innovation, Amanda Solloway MP added, “As a global science superpower, the UK continues to make advances in quantum science which is revolutionising cyber-security across the world. Backed by government funding, Arqit is paving the way in developing a new generation of quantum technologies that defend against sophisticated cyber-attacks on national governments, strengthening our resilience and helping us all the build back better from the pandemic”.

Also Read: Why Data is Crucial in Post-Covid Recovery

UK Space Agency CEO, Graham Turnock added, “Space technologies have become embedded in almost every aspect of our daily lives, and UK Space Agency funding is accelerating our development as a world leader in space technology. Arqit’s advances in quantum technologies will strengthen the UK’s resilience against harmful cyber-attacks, helping us protect our critical services. The announcement today shows the attraction of Arqit’s model to our partners”.

Interim Head of Spaceport Cornwall, Melissa Thorpe also said, “The deployment of Responsive Launch capability from Cornwall is an excellent demonstration of the need for the investment made by Cornwall Spaceport, and we welcome the strong commercial opportunities represented by the FQS partnership”.

Dan Hart, CEO of Virgin Orbit commented, “Recent headlines from across the world show how vital it is to have encrypted communications supporting our economy and our security. The team at Arqit has already demonstrated that its encryption capabilities provide a critical service to a global customer base.

By adding a space layer with its Federated Quantum System, Arqit is taking that service to an even higher level. We’re delighted to support the team, and to add its quantum satellites to our manifest for flights out of Cornwall“.

Kevin Brown, Managing Director of BT Security said, “BT is pleased to be part of the first phase of the FQS project, which aligns with our wider commitment to providing security solutions for the most critical organisations. As this project advances to a global stage, it provides a clear example of how the UK is playing a leading role in developing important new technologies”.

Eiji Ishida, Executive Officer and General Manager, Lease, Ship and Aerospace Business Division of Sumitomo Corporation said, “The FQS concept is important because it allows us to manage a local instance of the infrastructure and deliver the control that our defence customers will require.  Sumitomo Corporation is pleased to be in this consortium, which is very far ahead of other technologies”.

Professor Rupert Ursin of qtlabs said, “Austria has been a strong supporter of the Satellite QKD technology which we have helped Arqit to build, and I am pleased that qtlabs is able to continue to represent Austria in this consortium and will try to bring the benefits of FQS to the Austrian and other government users”.

Marina Mississian, Senior Director Space Payloads for Honeywell Aerospace, Canada added, “Satellite enabled quantum encryption is strategically important for Honeywell and Canada. With the support of the Canadian government, we have been pleased to be associated with Arqit’s commercial mission and now to join the FQS system, which will further the collective security goals of the ‘Five Eyes’ community of nations”.

Frank Preud’homme, Sales and Business Development Director for QinetiQ Belgium said, “We have been pleased to support the Arqit space mission since 2017 and see strong potential for the creation of sovereign capabilities for a close alliance of allied countries in sharing this technology”.

Norman Bone, Chair and Managing Director, Leonardo UK concluded, “Leonardo and Telespazio recognise the increasingly digital nature of UK and allied national defence and security and the expectations of our customers that their systems are secure and resilient.

The rapid, collaborative evaluation of new and cutting-edge technologies such as those developed by Arqit are a key element of Leonardo’s strategy to establish and deliver next generation systems to our customers enabling effective and secure multi-domain operations including in the cyber and space domains”.

The fundamental science behind Arqit’s solutions to decades-old problems with Satellite QKD is important, but the company’s ability to translate that into usable products that meet very precisely the needs of users is very advanced.  This is a major advantage in moving quickly to implement the security technology amongst allied nations that will deliver valuable security improvements immediately and underpin the future of the quantum battlespace”.

Bringing the CISO and CIO Together