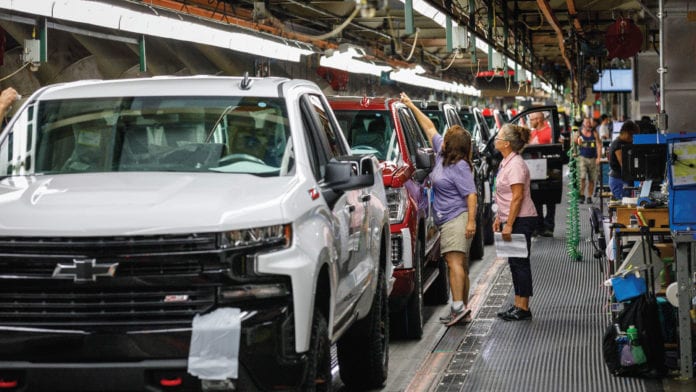 General Motors will soon be using Google technology in their automobiles. In the next two years,  starting in 2021, that will power navigation, voice-activated controls and other vehicle infotainment functions.

Alphabet Inc. has won this contract after winning against close adversaries Amazon.com and other technology companies that provide technologies to control dashboards. Amazon is also in talks with automakers to embed its rival Alexa voice assistant technology in their vehicles. Even with this addition, GM will continue to have Apple Inc.’s CarPlay and AndroidAuto, which will assist consumers to project a version of their smartphone screen onto a dashboard screen. The  Onstar service, which has recently been promoted as a form of insurance that connects motorists to an operator in case of an emergency, will also continue.

This partnership offers the potential of embedding technology in almost 3.6 million cars annually.

General Motors will also offer Google Assistant, Google Maps and other applications available through the Google Play app store in all its vehicle brands. However, they will not be available in vehicles inside China, which happens to be GM’s largest single market. In the past, Google has worked out deals to embed infotainment technology in cars built by allied automakers Renault-Nissan-Mitsubishi and Volvo Cars, owned by China’s Zhejiang Geely Holding Group. This alliance sells more than 10 million vehicles a year, and Google for now is focused on launching embedded systems with GM and this alliance, while other talks are in the pipeline.

This new deal has come after years of struggle for Google to break into the automakers’ group.  GM and other automakers have been reluctant to share dashboard space with Google, Apple Inc, and other tech companies, for many years now. This is a fall out of various privacy issues and questions these companies are facing with respect to user data, and of course, losing control of their customers to powerful technology brands! Patrick Brady, Google’s vice president of engineering, believes that the question of data privacy is being blown out of proportion. Google, he insists, will not have access to data about the way an individual drives’, or ‘about the vehicle’s maintenance needs’.

The winds of change have, however, forced their hand. It is the consumer that is now forcing them to ‘shift gears’. With mobile technologies evolving so rapidly, it is a cumbersome job to connect other devices with the car’s platform if it is outdated. Therefore, carmakers need to pay heed to this very popular and very powerful customer demand and bow before the tech gods. For their buyers, having functionality built-in from technology interoperability is imperative for a smoother experience.

“We have the ability today to give commands to vehicles with embedded voice assistants. It is very limited,” Santiago Chamorro, GM’s vice president for Global Connected Customer Experience, reportedly said in an interview. “With Google voice assistant it is a better experience for them.”

The first of these vehicles with built-in Google infotainment technology will be in the market in the next two years and more models will be rolling out in the next few years. With Google’s voice commands, customers can also schedule vehicle maintenance.

Must read: Data Fabric: Pulling the Covers off the Hype for Business Value

CEO’s in Total Control of the Digital Transformation Using ERP