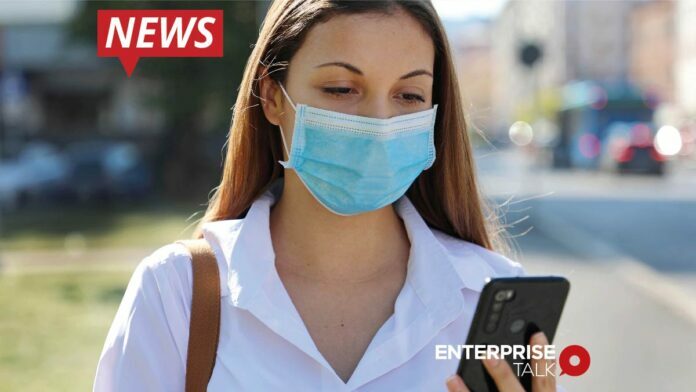 Starting with the UK earlier this year, as COVID-19 vaccines are actively rolling out across the world, the debate over whether to develop and introduce vaccine passports is getting even more intensified.

Meanwhile, a South Korean company turns heads with an unusual decision to open the source code and intellectual property rights of its already developed mobile digital pass solution to the public free of charge for the greater good of humanity and to support the international cooperation to return to normal.

While vaccine passports were on the agenda at the G7 summit, the U.S. President Biden, on his arrival in the UK for the G7 summit, announced U.S. commitment to procure and distribute 500 million Pfizer vaccine doses to developing countries for free.

GG56, a South Korean blockchain company, has already developed its own COVID-19 digital pass, ‘Pass&Go’, to speed up the process of going back to our normal lives by lifting the prolonged restrictions such as lockdowns and social distancing schemes that had been imposed worldwide.

Also Read: Six Ways IT can Balance the Equation of Innovation and Operation

And now, GG56, for the public interest and international cooperation, announced that they will release the source code and intellectual property rights of Pass&Go to the public for free.

Pass&Go, a blockchain-based vaccination and COVID-19 test result verification app, unlike many other vaccine passports, authenticates not only those who have been vaccinated, but also those who have tested negative on a diagnostic test as well as those who have recovered from COVID-19 and developed antibodies against the virus. Then the app issues temporary digital passes for those by using blockchain technology which makes tampering with the information almost impossible.

Pass&Go verifies COVID-19 infection tests received from certified medical institutions such as hospitals and public health centers, alongside self-diagnosis results from home-testing kits. As people receiving COVID-19 tests are usually notified of the test results via SMS messages, Pass&Go automatically recognizes when users receive a SMS message stating the diagnosis result is negative, and creates a certificate that validates they are not infected with COVID-19.

The encrypted hash code is attached to the text sent from the SMS text transmission server of the medical institution, and Pass&Go checks the integrity of it and creates the certificate if nothing unusual is detected.

Therefore, even if any sort of tampering with the information happens, it is not authenticated unless a normal encryption code is inserted, thus neutralizing the risk of false authentication due to forgery, and greatly improving the convenience and credibility of using the app.

In addition, considering that 70% of the COVID-19 results notifications are made through SMS messages around the world, it is fascinating that Pass&Go can be put in place and operated in the same way at this moment anywhere, even overseas. Major intellectual property rights related to this system are patented by GG56.

Pass&Go also provides a strong privacy protection system that is incomparable to the DID method, which is authenticated through a central server. Pass&Go is a completely decentralized authentication system where it requires only three types of information—UUID (Universally Unique Identifier), test date, and test result, all of which in hash code-encrypted on the blockchain, and thus data forgery is virtually impossible.

Because of minimal information required and information encrypting process, there is little risk of sensitive information such as personal data or medical history being leaked.

With Pass&Go, users can resume their basic socio-economic activities such as commuting to work or school, as well as access to restaurants, tourist sites, hotels, stadiums, and concert halls, and even overseas travel. We will be able to enjoy our daily lives once again, just as we did prior to the COVID-19 pandemic.

GG56 also announced that it has signed business agreements with 8 major Korean testing kit companies, including Seegene and PCL. By collaborating with these companies, GG56 is promoting the synergies between the digital technology and biotech industries and strengthening the competitiveness of Korean diagnostic kit manufactures as well.

Han Seung-soo, founder of GG56, former Prime Minister of the Republic of Korea and President of the 56th Session of the UN General Assembly, said, “The COVID-19 pandemic is a case of external diseconomy of global scale. We cannot overcome this without stronger international cooperation.

The unprecedented crisis has not only infected 182 million and taken over 3.9 million of lives (as date of July 1st) but caused a severe blow to the global economy and completely disrupted everyone’s daily lives. In order to cope with this crisis, we have to make full use of core digital technology, the flower of the 4th industrial revolution.”

Recalling a two-day U.N. General Assembly meeting in June 2002 which he hosted to bridge the digital divide between developed and developing countries, he stressed that he was determined to make contributions so that there should be no digital divide during the period of COVID-19.

Therefore, GG56 is to distribute and disclose it for free to all countries, institutions, and organizations for the sake of public interest. GG56 will disclose the main technology and source code of Pass&Go through blockchain open-source forums such as Git hub or smart contracts, and grant permission to use the patents.

In addition to that, as Pass&Go issues digital passes to those who tested negative for COVID-19 as well as those who have been vaccinated, it can also solve the problems of inequality and reverse discrimination that have been raised around the introduction of vaccine passports. Pass&Go is also under progress expanding its service to issue digital certificates for vaccinations not only against COVID-19 but other infectious diseases such as HIV, malaria, yellow fever, and others.