EnterpriseTalk
Home News Emoji Getting a ‘Thumbs Up’ in Workplace Comms, According to a Survey... 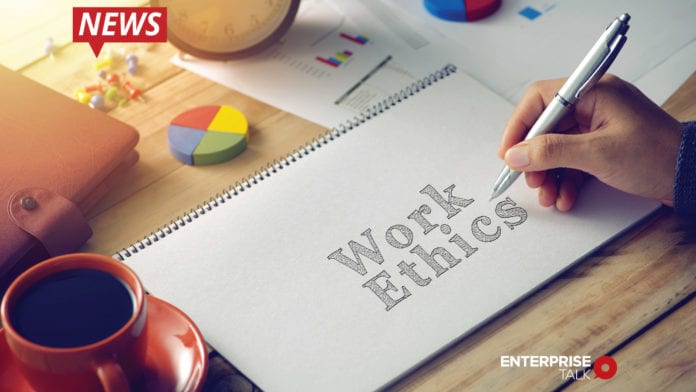 Gone are the days where emoji were the preserves of the instant-messaging youth. Research reveals that these modern-day hieroglyphics are fast becoming a staple of business communications; enhancing employee engagement, speeding interactions and reducing conflict.

According to a new survey of 1,000 Americans, we are sending an average of 34.71 emoji a day across social media, messaging and emails. Men are even more likely to be adding an icon, as they are sending three more a day compared to women  (35.9 a day, vs. 32.8).  Gen Z’s (16 -24-year-olds) are the biggest emoji-lovers as on a daily basis they are sending over five times more than Americans aged 55+.

The research was commissioned by Customer Thermometer, a market leader in survey solutions, to get insight into how emoji iconography is changing the state of business communications and how brands can leverage the shift.

Americans are embracing the ability to add images and feelings to their written communications whilst at work, as well as in their personal life. Over one in five (22.5%) Americans reveal they regularly add emoji to their business emails. Women especially appreciate receiving an emoji in a work email as they deem them friendlier (87.7% vs. 73% of men). The other biggest drivers for using emoji in the business environment is that over half of Americans (55%) believe they have helped avoid conflict or misunderstandings because they help convey a ‘tone.’ For over a third (35%) the biggest benefit is that they find it much quicker to reply with an emoticon, especially when they are on the move.

Lindsay Willott, CEO, Customer Thermometer: “Far from being a formality-fail, emoji represents the biggest advancement in the human language since the written word. They are enriching communications by adding imagery, tone, and feeling. It’s time we embrace how workers want to communicate, across email and collaboration tools like Slack and Teams, and also consider that the brevity and humanity benefits of emoji usage can also be extended into customer engagement as well.”

When asked about how Americans felt about brands using emoji the response was overwhelmingly positive. Over two-thirds of Gen Z and Gen Y (66.3% of 16-24-year-olds and  66.4% of 24-34-year-olds) said they are happy for brands to use emoji during any customer communications with them.

Encouragingly, Americans are more likely to be using emoticons to share positive feedback with a brand. On average, Americans are giving feedback to brands every 1.18 months and for over two thirds (68%) the last time they did it was to share ‘positive’ feedback, followed by 18% who felt neutral and 14% who were negative.