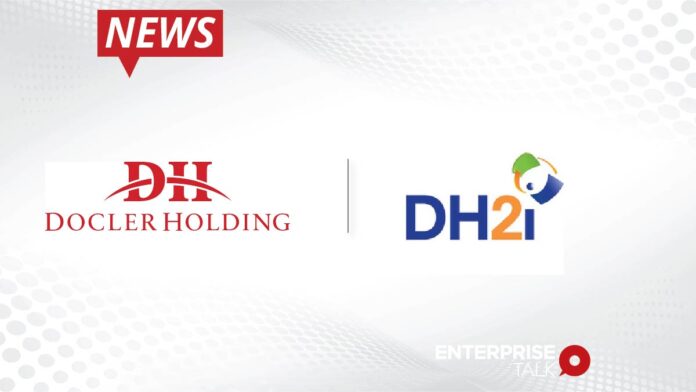 As one of the world’s most innovative and trusted information and communications technology (ICT), media and entertainment companies, Docler Holding needs 24x7x365 system availability. The key to this goal is maintaining a database cluster that is always available, with as close to zero downtime as possible. Recently, Docler Holding made the decision to migrate from its in-house SQL Server database replication and failover solution to one that was officially supported.

“As 99 percent of our servers are running on Linux, and given SQL Server on Linux is supported by Microsoft, we felt it would be a great opportunity to do two things: migrate our SQL Server environment from Windows to Linux, and migrate to a new, standardized replication and high availability solution,” said Benjamin Horvat, Lead DevOps Engineer, Docler Holding. “We planned our new system with high availability in mind, so our first choice for the replication component was Always On availability groups.”

“Availability groups require a cluster manager to do fault detection and failover automation. We first tried the open-source cluster manager solution for availability groups on Linux – Corosync plus Pacemaker – but the failover time significantly exceeded our requirements. We narrowed down the problem; however, because of a bug, there is some hard-coded sleep as a workaround, leaving no room for improved failover times – at least, not in a supported way,” Horvat continued. “Microsoft then pointed us to DH2i’s DxEnterprise for Availability Groups (AGs) as an alternative cluster manager. With DxEnterprise for AGs, we found that we were able to switch to a standard and supported solution for database replication and failover. This is clearly better, as the legacy in-house solution has its own limitations and is not supported by Microsoft.”

Horvat explained that the benefits for Docler Holding include:

–  Near-zero planned and unplanned downtime – “It was a key criterion for us. With our legacy solution, we had problems with unplanned failovers, so it was important to improve this. During the preliminary tests and simulations, DxEnterprise helped us to achieve better unplanned failover times than before. From a business perspective, it is crucial that this SQL Server database cluster is always available.”

–  Management simplicity – “DxEnterprise is clearly easier to manage than our legacy solution. Though it was not as critical during the design, it is an added plus for us.”

“For its business-critical systems, Docler Holding knew it needed to build and maintain an infrastructure that would minimize or eliminate single points of failure that could halt or dramatically affect its business operations,” said Don Boxley, CEO and Co-Founder, DH2i. “With DxEnterprise, Docler Holding can not only take full advantage of the benefits of SQL Server on Linux, but can also better balance workloads to reduce bottlenecks, monitor the health of the elements of the cluster, and rely on near-zero downtime automatic failover if a component goes down.”

DxEnterprise for AGs enables SQL Server AGs to be made highly available within and between Windows and Linux nodes, Kubernetes-hosted SQL Server containers and across any type of infrastructure — all without relying on cumbersome and restrictive cluster orchestration technologies such as Pacemaker or Windows Server Failover Clustering (WSFC).

The Evolving Role of CIO Leadership in Today’s Business Environment