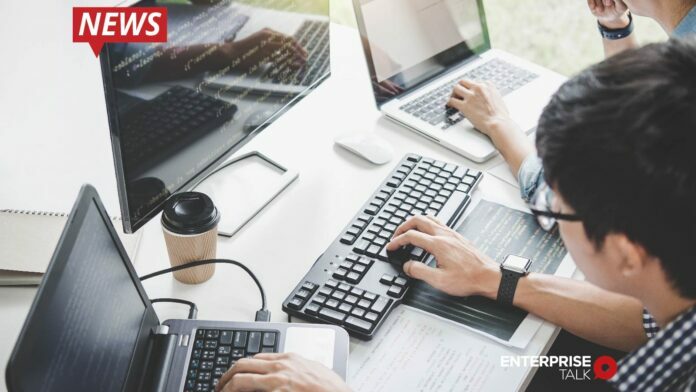 The Cloud Native Computing Foundation® (CNCF®), which builds sustainable ecosystems for cloud native software, today announced that TiKV is the twelfth project to graduate. To move from the maturity level of incubation to graduation, TiKV has demonstrated growing adoption, an open governance process, feature maturity, and a strong commitment to community, sustainability and inclusivity.

“TiKV was one of our first Rust based projects and is truly a flexible and extensible cloud native key-value store,” said Chris Aniszczyk, CTO/COO of the Cloud Native Computing Foundation. “Since the project joined CNCF, we have been impressed with the project growth and desire to cultivate a global open source community.”

Since joining CNCF in August 2018, the adoption of TiKV in production has doubled to about 1,000 companies across multiple industries, and contributors to the core repository have tripled from 78 to 226. The maintainer team currently consists of 7 members, with a healthy distribution of corporations represented including PingCAP, Zhihu, JD Cloud, and Yidian Zixun.

“I am glad to see TiKV grow from its infancy to the graduation from CNCF,” Said Siddon Tang, maintainer of TiKV, and chief engineer at PingCAP. “Since joining CNCF in 2018, the project and the community have advanced towards maturity on so many levels, with sustained contributions and nearly 1,000 adopters around the world.”

TiKV was designed from the ground up to be cloud native, and it integrates well into existing CNCF ecosystems. The project uses Prometheus for metrics reporting and gRPC for communication and is complementary to existing CNCF projects like Vitess, etcd, gRPC, and Prometheus. It can also be deployed on top of Kubernetes with an operator to ease installation, upgrades, and maintenance. Several storage systems are built on top of TiKV, including a Prometheus-metrics-in-TiKV project TiPrometheus.

“We realized TiKV should be a lot more than just the complementary storage of TiDB back when we created it 5 years ago”, said Ed Huang, co-founder of TiKV and CTO of PingCAP. “We brought it under the realm and stewardship of CNCF, to enable and empower the next generation of databases by providing a reliable, high quality, practical storage foundation. Graduation from CNCF validates our vision and efforts. We look forward to more innovations and collaborations with the TiKV project.”

A third-party security audit, funded by CNCF and performed by Cure53, was completed in February and March of 2020. The team concluded that. “TiKV should be seen as properly mature and delivering on its security promises. This verdict mostly stems from the positive notes above and the overall good code quality and documentation. In light of the findings from this February 2020 assessment, Cure53 can recommend TiKV for public deployment, especially when integrated into a containerized solution via Kubernetes and Prometheus for additional monitoring.”

TiKV can be easily deployed on Kubernetes via TiDB Operator and monitored by Prometheus. The community has also just provided the design and the initial implementation of a TiKV operator, a Kubernetes Operator that aims to automate the deployment, management, and operational tasks of TiKV clusters.

“We were amazed by the level of maturity of the ecosystem around this solution,” said Smaïne Kahlouch, DevOps team leader at Dailymotion. “The Kubernetes operator is pretty simple to get started with and helps with common operational tasks. The observability tools are rich. This level of resiliency can be achieved thanks to the rock-solid TiKV implementation. Its graduation is well deserved.”

“TiKV is a very stable and performant distributed key-value database. Its intelligent and efficient cluster management functions provide great support for our online recommendation service,” said Fu Chen, TiKV maintainer, and distributed storage engineer at Yidian Zixun. “We adopted TiKV in 2018, and it has become an essential part of our storage system.”

“TiKV has provided such an excellent foundation to build versatile cloud-native stateful services,” said Xiaoguang Sun, TiKV maintainer, and director of Infrastructure at Zhihu.com. “TiDB and Zetta Table Store are both built on top of TiKV, and they jointly support all the large table application scenarios of Zhihu and solve many problems caused by limited scalability of MySQL. We are very proud to be part of the community, and we believe TiKV will benefit more users by becoming a graduated project in CNCF.”

“We have been using TiKV in production on the ARM platform since December 2019,” said Birong Huang, senior engineer at U-Next. “The scalability and high performance of TiKV enabled us through the unpredictable traffic increase through COVID-19. We are constantly impressed by how active the TiKV community is and would love to contribute back! Congratulations on the graduation!”

5 Challenges Associated with a rise in ML usage in 2020