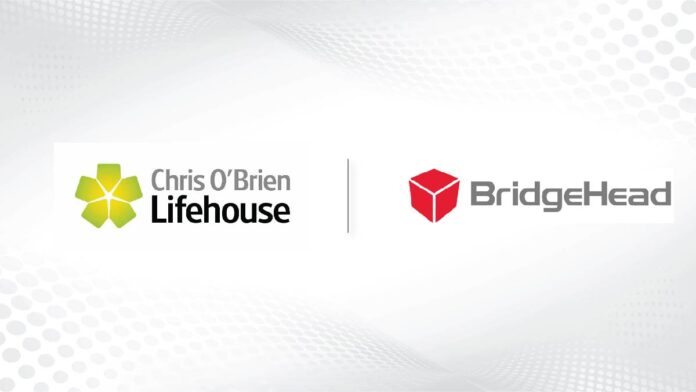 A world first, BridgeHead’s RAPid Data Protection product has been implemented within the Amazon Web Services (AWS) Public Cloud to offer a backup and recovery solution for Chris O’Brien Lifehouse’s newly deployed MEDITECH Expanse electronic healthcare record (EHR), also believed to be the first of its kind to run in the AWS Cloud. 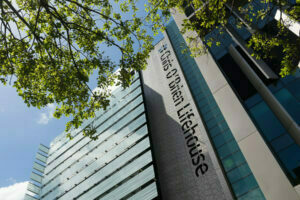 Chris O’Brien Lifehouse is a not-for-profit, comprehensive cancer hospital in Camperdown, Sydney. The hospital, which serves the wider New South Wales population, has fostered a culture of innovation since its inception in 2013, in its bid to offer patient-centred, multi-disciplinary and holistic cancer care for both public and private patients.

The project with BridgeHead was borne out of Chris O’Brien Lifehouse’s digital transformation program, where it has enacted a ‘Cloud First’ policy. The hospital has increasingly moved more of its technology to the Cloud in order to enjoy the flexibility and scalability that the Cloud delivers, e.g. the speed and ease by which it can upgrade or downgrade all manner of technical services on-demand.

Chris O’Brien Lifehouse also firmly believes its real estate is best used for its patients as opposed to taking up valuable space on computer rooms filled with hardware, which then have to be maintained and supported.

As part of its vision and drive for innovation, Chris O’Brien Lifehouse selected MEDITECH Expanse as its EHR solution, but with one significant provision – that it be fully enabled to run on the AWS Public Cloud (believed to be the first of its kind anywhere in the world). Furthermore, another key objective for Chris O’Brien Lifehouse was the ability to not only fully back up and recover the MEDITECH Expanse application on AWS, but that the data protection solution would need to do this efficiently and effectively while also running in the AWS Cloud, also believed to be a world first.

As Peter Singer, Director of Information Technology at Chris O’Brien Lifehouse explains, “We had a very clear vision of what we wanted. Our digital transformation journey to the Public Cloud is not a ‘nice to have’, it’s an imperative. The real question was: could BridgeHead rise to the challenge we’d laid out?”

BridgeHead’s RAPid Data Protection product continues to maintain its position as the market leading backup and recovery solution for MEDITECH environments, supported by a team of industry experts with extensive knowledge and experience stemming from the company’s long-standing relationship with MEDITECH, now spanning over 20 years.

However, though BridgeHead comes with an established pedigree this, in isolation, would not be enough to satisfy the requirements of the project. What was needed was a commitment to build and deploy a data protection solution that could work in unison with Chris O’Brien Lifehouse’s instance of MEDITECH Expanse, with both hosted, highly available, and running in the AWS Public Cloud.

The comprehensive cancer hospital initially engaged with BridgeHead 2 years ago at the MEDITECH Physicians and CIO Forum in Boston, USA. After many talks, BridgeHead was eventually selected by the hospital as the vendor of choice due to its willingness to collaborate and adapt the RAPid Data Protection solution to work efficiently in the AWS Cloud.

As Gareth Griffiths, Executive Director and RAPid Product Manager explained, “We have a history of leading the way when it comes to safeguarding MEDITECH systems. We have consistently been the first vendor to offer support for new MEDITECH certified SAN arrays. Clearly, we relish a challenge; and the project with Chris O’Brien Lifehouse was certainly going to be one! The key to success was not simply to provide a backup and recovery solution that could run on AWS… that is a given.

Also Read: IT-Business Integration – The Key to Organizational Success in the Digital Era| Also Check: Introducing the TOUGHBOOK S1 Developed to deliver all the features you want, and all the rugged you need

The real mission was to do that without degradation in system performance and whilst remaining cost effective. This was not a trivial task – not solely due to the technical complexity, but because it had never been done before. Together, with the Chris O’Brien Lifehouse team, we needed to pioneer a new solution that could deliver on their vision.”

Over the life of the project, the BridgeHead team was able to iterate and adapt its RAPid solution to perform consistent backups, in a timely manner, across the MEDITECH Server estate hosted in the AWS Cloud. To do so, BridgeHead had to leverage the available Cloud technology, utilise the appropriate deduplication methods, and all within a clustered environment so as to eliminate the need for downtime or restarting systems.

As the number of backups built up, the team quickly realised that the Cloud Storage costs were also on the rise which is when a deduplication solution was recommended. The Chris O’Brien Lifehouse team identified QoreStor from Quest as their preferred solution – an organization BridgeHead already had a long relationship with. Working together the teams soon demonstrated how a de-duplication appliance in the cloud significantly reduces the Cloud Storage costs for backups while maintaining a fast restore capability.

Mr Singer comments, “We all worked really well together as a project team. Once our MEDITECH Expanse solution went live in November 2020, we needed to assess whether BridgeHead’s RAPid™ was working optimally in the AWS Cloud to ensure we were efficiently backing up our EHR data. We have since undertaken extensive testing to check this is the case. Most importantly, we recently carried out a full MEDITECH restore using RAPid and it passed with flying colours.

One always hopes you are never placed in a position where you have to restore a critical healthcare system. But, at Chris O’Brien Lifehouse, we are now safe in the knowledge that, should we need to, we can quickly restore our MEDITECH Expanse system thanks to BridgeHead. Having that peace of mind more than pays for the investment. I’d like to thank everyone at BridgeHead, MEDITECH and Chris O’Brien Lifehouse who contributed to this significant project.”

BridgeHead’s RAPid – A Blueprint For Protecting MEDITECH In The Cloud

By committing to this project, and the subsequent investment by BridgeHead in the development of RAPid, the company has clearly identified and understood the increasing trend by hospitals to move towards the Cloud.

In doing so, BridgeHead has not only developed a new solution that can protect Cloud-hosted MEDITECH Expanse systems running on AWS, but it now plans to use the techniques it has learned to do the same for other Public Cloud environments, such as Google Cloud Platform, Microsoft Azure as well as Private Cloud.

Mr Singer adds, “At Chris O’Brien Lifehouse, we do march to the beat of our own drum. Innovation is really important to us and a key ingredient to our success and also essential in our technology partnerships. I believe we are the first hospital to go live with MEDITECH Expanse in an AWS environment worldwide.

Furthermore, we are also the first healthcare organisation to deploy BridgeHead’s RAPid™ for MEDITECH on AWS. So, this project has delivered many ‘firsts’. Not only is RAPid now working very well for Chris O’Brien Lifehouse, I do believe it will be really beneficial for other customers who need to protect MEDITECH Expanse in a Cloud environment.”

Jim Beagle, President and CEO, BridgeHead Software, “This project really has been a collaboration in the truest sense. Chris O’Brien Lifehouse had a vision for what it wanted to achieve by deploying MEDITECH Expanse in the AWS Cloud; and we’re delighted they chose BridgeHead’s RAPid™ Data Protection as part of that solution.\

As this was new territory for both organisations, we’ve worked very closely together to ensure the solution fully delivers against that vision. I really am very proud of our collective achievements in this project.”

CIOs discuss how data teams can be empowered