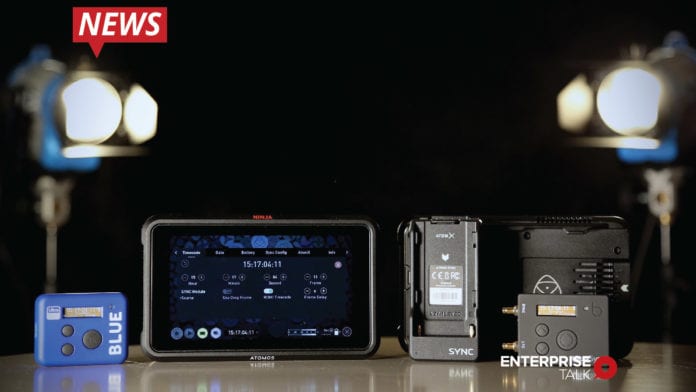 Atomos is proud to announce the acquisition of Timecode Systems, the world’s leading wireless timecode and synchronization company. Together, the companies are building tightly integrated multicamera workflow solutions that unify all devices recording on set and allowing them to work together more cohesively.

Timecode Systems’ trusted wireless sync units and control modules are already ubiquitous on some of the biggest movie and television productions, including James Bond and Marvel movies, Top Gear and The Grand Tour. The same technology will now feature in the Atomos product range and be offered as a free SDK for third party cameras, smart devices, and audio manufacturers. The deal will make multicamera shoots and audio synchronization simpler and more efficient for users of almost any prosumer, professional or cinema camera.

Demand for multi-camera shoots is increasing, but creators are limited by the time it takes to edit, align and finish videos that combine multiple sources of video and audio. Now users will be able to access affordable, streamlined multi-camera workflows and recording with enhanced metadata – all using industry standards. The unified system will work with multiple devices seamlessly, removing hours of a tedious organization when ingesting and editing video and audio, saving both time and money.