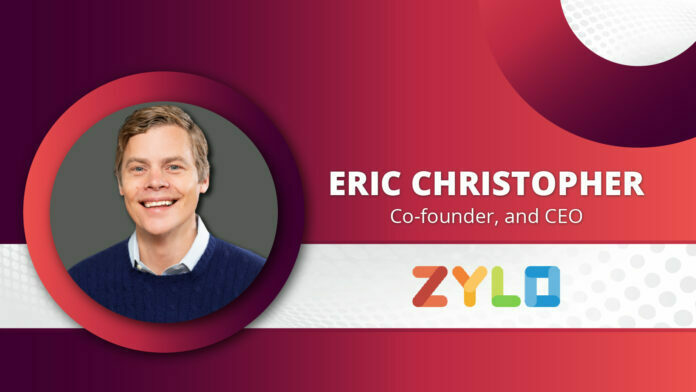 “SaaS is now owned by the business, and the role of the CIO and IT teams is fundamentally changing. CIOs and IT leaders are no longer the gatekeepers, driving all of an organization’s technology purchases and directly managing those applications.” – Says Eric Christopher, Co-founder, and CEO at Zylo, in an exclusive interview with Enterprise Talk.

ET Bureau: With the increased rush towards digitalization, SaaS-related trends are becoming common across businesses. How can organizations best capitalize on them and get the most out of their SaaS investments in a scenario like this?

Eric Christopher: It was ten years ago that Marc Andreessen predicted that software would eat the world. And he was absolutely right. The software has eaten the world – it’s transformed countless industries, and almost every company today relies on software, specifically SaaS, to operate.

Especially in the wake of the pandemic with the rise of remote and hybrid work environments, SaaS has quickly become integral to the workplace and a critical part of how employees work with customers, collaborate with peers, and just get stuff done.

But for many organizations, their SaaS portfolios have grown unmanaged and unmonitored for years. We’ve found that the average organization has more than 650 applications – yet IT leaders regularly underestimate the size of their portfolio by 2-3X.

The best place to start is by getting complete visibility into your SaaS portfolio. You can’t manage what you don’t know exists. So once you’ve discovered all the SaaS tools in use in your organization and created a system of record, you are then in a position to start optimizing.

ET Bureau: What, according to you, does the decentralization of SaaS indicate for organizations as we advance?

Eric Christopher: The decentralization of SaaS is indicative of two key things. First – SaaS is now owned by the business, and the role of the CIO and IT teams is fundamentally changing. CIOs and IT leaders are no longer the gatekeepers, driving all of an organization’s technology purchases and directly managing those applications.

Instead, they’re switching gears into more of an empowerment and enablement mindset. This decentralization puts purchasing power in the hands of users, increases organizational agility, and introducing opportunities for innovation.

But on the flipside, visibility and governance have never been more critical. While decentralizing the purchase and management of SaaS is a great way to empower teams, it can also lead to increased risk and inefficient spending.

Even if IT isn’t managing all applications directly, they still need to have visibility into the organization’s portfolio to make sense of the tools in use, ensure security and compliance, and drive optimization whenever possible.

ET Bureau: Today, shadow IT continues to proliferate – both in terms of spend and quantity. What is the current development around Shadow IT in 2021?

Eric Christopher: Something we’ve been observing recently is that the sentiment around Shadow IT is shifting. While Shadow IT certainly can introduce risk, many organizations are starting to see it as an opportunity for innovation.

Every organization’s tolerance level for Shadow IT is different – but as the role of IT continues to evolve, we’re starting to see organizations place more focus on continuously discovering these employee-driven purchases instead of trying to eliminate them altogether.

ET Bureau: The role of IT is growing with the surge in SaaS inventories. As a CEO, what does it signify for IT teams?

Eric Christopher: You are absolutely right that the ability to apply technology to solve significant, complex problems and drive business outcomes has never been more important. Yet – as I mentioned earlier, the way CIOs and IT teams apply those skills is changing drastically.

Those teams are no longer the gatekeepers – rather, they are shifting focus to empower and enable the organizations with the tools needed to succeed. More and more, we’re seeing organizations decentralize their IT teams, embedding technologists closer to product, engineering, and other teams.

ET Bureau: Zylo’s findings show that business units own 66% of SaaS spend at present. How do you see this trend evolve as we advance?

Eric Christopher: This trend is not at all surprising, and frankly, we very much expect it to continue. For many organizations today, SaaS is owned by businesses, not by IT. While this is a shift in the way software has traditionally been managed, it opens up incredible opportunities for IT teams to play a new and strategic role in empowering teams with the right tools to drive results.

Eric Christopher is CEO and Co-Founder of Zylo, the leading SaaS management platform. After 14 years of buying and selling software, Eric knew there had to be a better way to manage cloud applications within a company. Eric started his career in sales at ExactTarget from 2002 to 2010. He spent the next six years in Chicago leading sales teams at Shoutlet and Sprout Social Inc., and founded Zylo in 2016.

The Future of Hybrid Work – Understanding Opportunities and Challenges

Why Enterprise Should Opt for Hybrid Environment