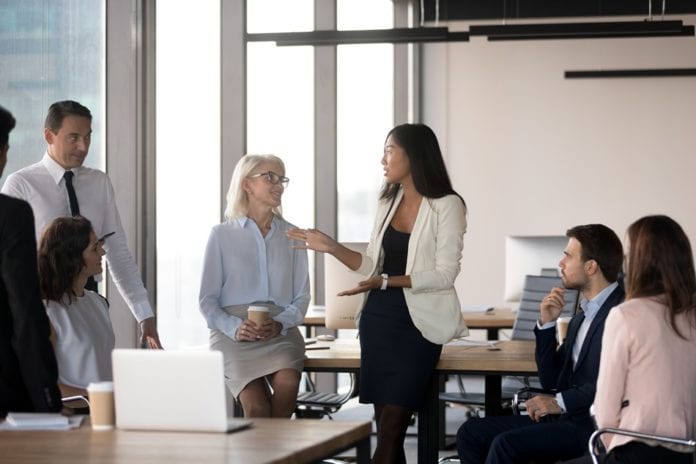 The adoption of AI could take a toll on women’s employment, over the next ten years, says a recent report by McKinsey global institute

McKinsey Global Institute report “The future of women at work: Transitions in the age of automation, published earlier this year says the adoption of AI could take a toll on women’s employment. It has found that the world’s ten economies, – Canada, France, Germany, Japan, the U.K., the U.S., China, India, Mexico, and South America- that collectively contribute over 60% of GDP of the world, will be severely affected by AI adoption, especially for women’s employment.

Co-authored by Mekala Krishnan, a senior fellow at McKinsey’s Boston-based business and economics research arm, and also a member of the board of the Global Fund for Women, the report paints a rather dismal picture of women employment figures over the next decade.

As she spoke about the research at MIT Technology Review’s EmTech MIT conference at the MIT Media Lab, Krishnan said that almost 90% of the jobs that are repetitive can be automated, in about 10% of occupations. This could mean rapid disruption in sectors like construction, tech, and manufacturing and also health care and education – that are largely female-dominated segments.

The issue is that women hold a very high percentage of these jobs, mainly due to the glass ceiling that prevents a large majority from taking up strategic or leadership roles. This has been also highlighted by the March 2019 report from the U.K.’s Office for National Statistics (ONS). This report has found that 10% of the U.K.’s workforce (about 1.5 million workers) occupy jobs that could suffer due to automation. Service workers — chiefly waiters and waitresses, retail inventory re-stockers, and entry-level salespeople agricultural, automotive, and service industries, would bear the brunt of this disruption. The report also highlighted another alarming trend- the worst effected group will be women, who in 2017 held 70.2% of high-risk jobs.

Future Tech Jobs That Do not Exist Yet

Of course, there will be a creation of newer job roles, many of which do not even exist yet, but the paradigm shift globally is sure to affect a very large number of workers. Krishnan also informed that, typically, roughly 10% of employment at any given time is in these newly emerged groups of occupations, amounting to 160 million jobs globally. Whatever be the case, the report clearly points out that many millions of workers will have to make some sort of occupational transition by 2030. And almost 40 million to 160 million of these will be women, globally!

The good news is that the new jobs that will emerge will be less mind-numbing and higher-paying, and will be based on interpersonal skills and intellectual stimulation. The fact that women will be more affected means that they will be needed to acquire better skills and higher education to meet the new days ahead- in addition to strong leadership and managerial skills, the ability to use technology creatively.

The challenges will change with skills- the inability to relocate could be a huge hindrance to growth. Considering that the US worker segment is at an all-time low of relocating ability and most new jobs will need them to relocate will-, adds to the problem. In the developing countries, and especially for women, mobility to urban centers is an issue too- and that’s a hit because new jobs will come more in urban centers.

Whatever be the case, the march of AI in enterprise and even smaller organizations across sectors is inevitable. Reskilling, upskilling and even relocating – the options to retain employment are many, but women will not have it easy, as it appears by all means.

Top Technology and Automation Solutions for Enterprises This Year