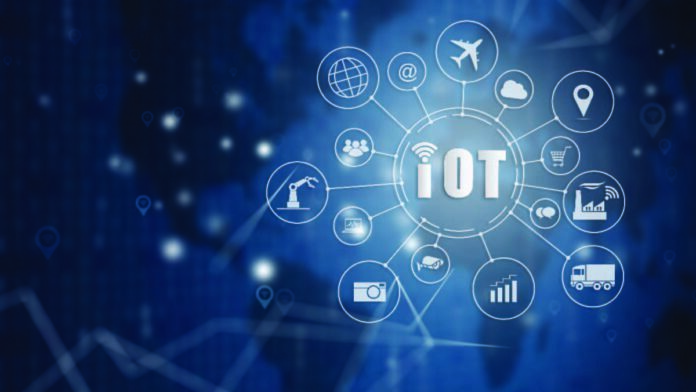 The Internet of Things (IoT) is a futuristic technology known for its social and technological wonders. The most recent IoT trends show that this technology has altered a number of industries. It has aided firms in streamlining processes, boosting profits, and improving customer service.

IoT and its smart sensors have already paved the way for automation improvements in a variety of industries, as well as increased cloud usage and the development of 5G. Artificial intelligence, blockchain, edge computing, and other technologies are driving IoT developments.

A glimpse at the top IoT trends and forecasts for 2022 Internet of Things (IoT) is a trendy topic of conversation among tech and manufacturing professionals.

Here are some of the most important IoT developments and predictions for the year 2022.

A heightened focus on security will be seen in the IoT sector. IoT network hacking is anticipated to become a routine occurrence by the year 2022, according to experts. Intruders will be restrained from causing any harm by network operators acting as cybersecurity staff. Since cyber-attacks have grown so widespread in recent years, companies who have previously been cyber-attacked have implemented IoT-driven cyber technologies.

Applications in IoT networks are detected using IoT analytics and data. While transmitting massive amounts of data to the network cores, these systems generate alarms. Providers and business leaders are increasingly incorporating integrated analytics into their products in order to expedite data analysis. These technologies facilitate the adoption and optimization of IoT devices, applications, processes, and infrastructure, resulting in enhanced performance as networks operate in a low-latency environment.

The Internet of Things is transforming business models

There are several proofs, studies, and instances of effective IoT deployment in business models that have improved the company’s performance by increasing output and improving other business KPIs and objectives. Manufacturers are transforming their entire business models into more inventive and productive ones with the help of automation.

IoT and AR and VR

With IoT, virtual and augmented reality can link the physical and digital ecosystems. It opens up the possibility of using IoT data in AR and VR technology. The use of IoT in various technologies has several economic benefits, including lower costs and new and greater earnings and opportunities. Combining these technologies could help organizations teach employees about virtual prototypes of products, different types of equipment, and different business growth strategies.

IoT technology has had a significant impact on customer service and information delivery. IoT can enhance the capabilities of CRM systems, allowing them to identify and report customer issues to businesses. These solutions also enable businesses to participate in customer discussions, resulting in increased consumer involvement and, ultimately, customer retention. During the pandemic, the increased usage of IoT to enforce social distancing measures were witnessed.

Many small and major organizations were compelled to become remote as a result of the pandemic’s onslaught. To make remote work easier, they invested substantially in cutting-edge technology such as artificial intelligence, blockchain, 5G, and automation tools. However, by combining IoT with these technologies in 2022, businesses will be able to streamline remote worker management and boost productivity. The use of beacons and sensors in customer service and employee safety protocols are two examples of prospective IoT applications.