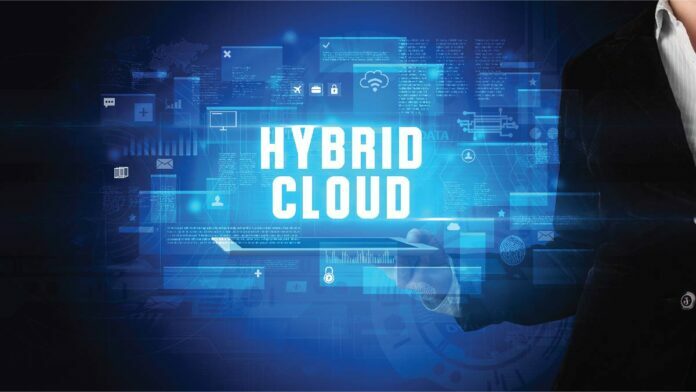 Cloud providers created hybrid offerings in part to keep customers who want to repatriate their data and workloads. However, the same services might not be as well adapted to the next wave of hybrid.

Migrating to the cloud in one great jump is not the way to go. Many businesses have realized this in their haste to embrace digital transformation.

The ramifications of that overreach have been well documented. For example, rigid multi-year contracts can squander potential savings as compute and storage requirements deviate from the original plan. Divergent governance models, access costs, and metadata retention policies, for example, can result in the formation of unwelcome new data silos.

This is why many of those businesses have been searching for solutions to re-locate some of their data and workloads into their own or co-located data centers.

The next wave of modernization is fast approaching, and cloud service providers and other XaaS vendors should be aware that it differs significantly from the last one. These businesses, for the most part, sat on the side-lines during the first wave and are well aware of the hazards that tripped up early adopters. Early hybrid offerings are seen by some as more of an escape hatch from the cloud than viable paths into the cloud.

To put it another way, organizations striving to modernize have no desire to make any giant leaps. They demand efficiency, flexibility, security and governance. They want to take small steps, each with a clear path to a quick return on their limited investments. In other words, they want a new hybrid cloud that starts from the data center and works its way down to the cloud.

Most CIOs in the second wave of modernization missed the first. The call to modernize has grown so loud that they can no longer ignore it. According to Statista’s report “Amount of data created, consumed, and stored 2010-2025”, the amount of data created in 2020 increased by 56.6 percent to 64.2 zettabytes, a far greater rate than the 24.2 percent increase in 2019. The increase in the many sorts of data is exacerbating the data management difficulty. Furthermore, the increasing number of users requesting data access is worsening contention issues on aging infrastructures and assets.

These CIOs also recognize that data discovery is undergoing a revolution, with the entire innovation taking place in the cloud-native space. Even if CIOs haven’t kept up on their own, dissatisfied data scientists who want to accomplish what their colleagues are doing have made it obvious what insights they are missing out on because of their legacy infrastructure.

As a result, decision-makers are aware that they must shift to frameworks that can scale to meet rapidly changing requirements. Budget restrictions, as well as a tightening supply of qualified, experienced professionals, are conspiring to shape the pace and scope of modernization initiatives at the same time. In fact, cost and a lack of in-house capabilities were two of the top three most common obstacles to IT cloud programs, according to HashiCorp’s 2021 State of the Cloud Survey.

In this wave, IT plans to take modest steps toward modernization, whether they want to or need to. That way, they can keep costs down while naturally growing the organizational pool of abilities and experience. In the privacy of their own emerging private clouds that are forming.

However, they are driven to improve efficiency and return on investment. And they know that to do so, they will need to shift to a software-defined architecture, based on their existing hardware as much as feasible. They would also like to start using container-based services. They also want a push-button approach to the public cloud in the future.

According to Denodo’s Global Cloud Survey 2021, private-cloud deployments now account for 24.3 percent of workloads, up from 16.6 percent in 2020. Workloads in the other categories, such as public cloud, hybrid cloud, and multi-cloud, on the other hand, all decreased as a percentage of the total. According to the survey, hybrid cloud is still home to 35.6 percent of all workloads, which is larger than any other group.

Traditional offerings provided from on high will have less appeal now that CIOs have a better knowledge of what they want from hybrid cloud. Of course, XaaS companies who stick to the current strategy will see plenty of growth. However, in the long run, they may aim to create new hybrid cloud products that provide CIOs with the tools and flexibility they require to modernize from the ground up. This will make their customers happy and eventually their investors.

Two Declining and Emerging IT Culture Trends to Watch Out For