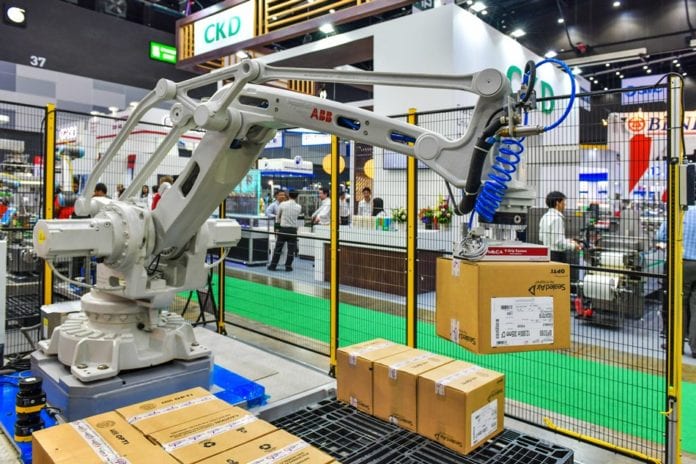 As the Retail industry is aggressively automating its processes, there are employees in the retail sector losing their jobs while the scarcity of people is seen at warehouses

Small creatures have started to float across the aisles of retail stores in the US, keeping a check of the inventory, cleaning floors, and helping at checkout. While these small automated robots are cute to look at, they have swallowed the jobs of over 1,40,000 employees in the last two years.

Notwithstanding tall claims by companies that jobs will not be lost to automation, and they will work on reskilling them, aggressive automation has created a scarcity of other jobs.

Automation is now inching into every facet of retail. According to a report by Research and Markets, the retail automation space is expected to be worth more than $18.9 billion by 2023. A robot named ‘Tally’ scans shelves looking for missing items at the Giant Eagle stores and 15 miles away from it ‘Jeffery’ at Walmart is busy auditing the shelves.

Walmart is becoming a pioneering in automating retail stores. Other than Jeffery, they also have ‘BB’ who autonomously cleans three-quarters of the 175,000-square-foot store in a single eight-hour session. Over 40% of Walmart stores in the US have BB working every night. The retail giant plans to spend about $83 million on remodeling its stores to fit the Fast Unloader in its stores.

According to the US Bureau of Labor Statistics, in April this year, 12,000 employees left the retail industry. While this is a slight change considering the total number of employees in retail being at 4.9 million, but, a CNBC analysis found that 1, 40,000 people lost jobs since January 2017.  With self-checkout lanes, automation is taking away jobs, and the Bureau of Labor Statistics predicts a decrease of 1% in retail jobs by 2026.

According to a report by the Associated Press, a union representing workers from Giant Eagle, the United Food and Commercial believe that aggressive expansion of automation in retail and grocery stores is a threat to the millions of American workers. An opposing argument to this loss of jobs includes the rise in popularity of online shopping. While some retailers started delivering products, the employees were surely not reskilled as there’s a shortage of more than 51,000 jobs in long-haul trucking in just one city of Arlington.

While retail giants see this gap, they don’t seem interested in spending time or effort in reskilling. Two years ago, Walmart had asked its employees to deliver online orders before and after work, in their personal cars, which was later abandoned. Last week too, Amazon declared that it would offer employees $10,000 to leave their current job. They want the employees to use this money to start small delivery companies to fulfill the Amazon Prime one-day delivery orders.

Retailers, though are benefiting from automation as it is helping them improve sales, especially when in the field where all the shelves are updated. According to a report by the Robotic Industries Association, retailers lose up to $500 billion per year because of the ‘out-of-stock’ items.

While Jeffery, Tally, and BB are enhancing the shopping experience and also helping in improving sales, experts agree that in the next few years the most number of job openings will be for profiles like robotics support, data analytics, robotics management, and maintenance.