EnterpriseTalk
Home Featured Articles Proposed Changes for H-1B Visa Might Prove To Be Worrisome For IT... 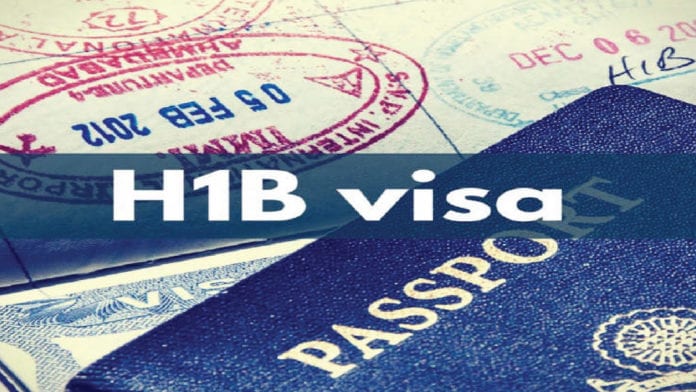 For a lot of IT firms, their ability to fill roles, innovate, grow their business and remain competitive relies on the H-1B visas. During this time of updating the visa program, ET looks at the changes and the expectations from the proposed changes for 2020.

Bureau of Labor Statistics (BLS) has estimated that the US economy will need 100,000 new IT workers every year in the next decade. This number is almost double the 60,000 of workers entering the workforce every twelve months, which is, hence the changes. But, some of the proposed policy changes might limit the job prospects for international students, and can even bar spouses of H-1B visa holders from receiving work permits in the U.S.

Also read: IT in the Next Decade

Starting in April 2020, U.S. Citizenship and Immigration Services (USCIS) plans to select employees for H-1B applicants from one pool instead of two. Till now, there were two pools of 65,000 undergraduate degrees and 20,000 for advanced degrees holders. Though in the next year, the total number of visas will not change, it is expected that this change will lead to an increase in the number of visas to applicants with U.S. master’s degrees by 16%. With advanced degrees getting preferential treatment is great for companies who require a higher percentage of employees with advanced degrees, but can prove to be harmful to giant IT firms that hire mostly people with undergraduate degrees.

Two other proposed changes to the H-1B visa program include change in the Optional Practical Training (OPT) program. This program allowed international students on study visas (F-1) to work for 12 months in the U.S. Those with STEM degrees from Student and Exchange Visitor Program (SEVP)-certified that are accredited U.S. universities and colleges are also eligible for a further 24-month OPT extension. In 2018, USCIS reinterpreted the STEM OPT extension rule according to which the STEM graduates had to be placed in-house at employer’s worksite only. This barred them from working at third-party client sites. This change became an issue for management consultancies, and IT services companies where STEM OPT employees were working on projects at a client site. This time, the industry pushback has forced clarification, and now employers and students need to ensure their STEM OPT “training plans” are complete and thorough.

One of the proposed changes also refers to the H-4 work authorization program that was started in 2015 by President Obama. This allowed spouses of H-1B visa holders to work in the U.S. A proposal to strip the work authorization from spouses of H-1B visa holders seems to be forward but there’s no final decision from USCIS yet. This can lead to people less interested in coming and working in the US, especially from India and China and many might not be able to afford to live in one income.

Experts suggest that companies dependent on H-1B visas to grow and innovate need to make changes to their ways as restricting STEM OPT and international employees are a priority for the Trump administration. When confirmed, the changes might not be in favor of such companies.