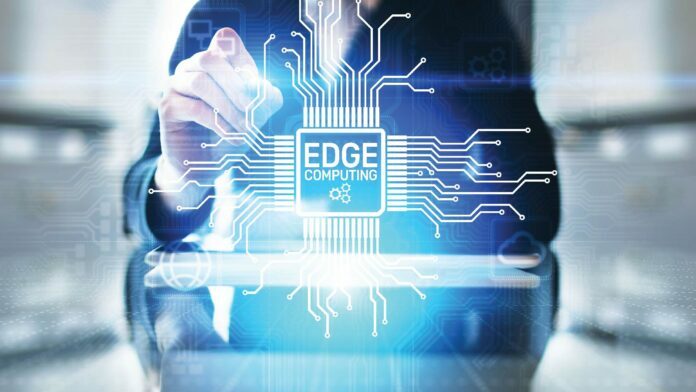 Implementing edge computing for IoT devices allow enterprises to keep data closer to the edge instead of sharing with physically distant data centers or the cloud.

It is crucial to minimize the major challenges faced by IoT devices with the help of edge computing. Among the advantages is maximized security with faster data transfer.

The world is swiftly moving towards an IoT-driven future, but it comes with its own set of difficulties, which pose a significant threat to businesses as well as consumers alike. The major issues include user data privacy, bandwidth costs, latency, and high data processing time. This can be minimized, even if it can’t be eliminated completely, by incorporating edge computing for IoT networks. There is an urgent need to adopt a better framework to overcome the cloud computing drawbacks for IoT devices to prove its efficiency towards the IoT structure.

The large number of devices being connected to the internet has escalated the challenges faced by the IoT framework. And the risks cannot be ignored:

IoT devices gather huge amounts of critical user data. The data can be exploited, if not appropriately handled, or due to lack of security measures. This has a substantial negative impact on the brand name and other financial prospects of businesses. Cybercriminals can sabotage the IoT devices to make them unusable to the user, making data sharing with elaborate user connect a major issue for companies.

As the IoT framework depends totally on the devices being connected to the internet, all IoT devices become highly susceptible to compromise through cyber-attacks. Cybercriminals can bring together botnets to infect devices into the networks. Botnet attacks are majorly caused in the form of DDoS attacks.

Data storage leads to massive costs for the companies to process and store the data over the network—server maintenance adds-up to the operating costs of the company. The data storage is usually sourced to third-party firms, which increases the costs exponentially. This can prove costly for SMEs, highlighting the need for an economically viable solution.

IoT devices receive and transfer data at very high speed without any latent loss. IoT devices can become slow or unresponsive in processing user requests if the devices suffer from connectivity issues. High latency results in delay, which can eventually get frustrating and may result in financial losses for businesses. The effectiveness of an IoT device is reduced and they become a liability instead of an asset if they suffer from undesired latency issues.

How Edge Computing Resolves these Issues

Edge computing helps overcome the significant risks faced by IoT networks, allowing them to have high responsiveness with low latency. The data centers are located nearer to the endpoints with edge computing. There is a significant increase in the responsiveness and reduction in latency of the devices as the data moves between a decentralized and distributed data system. This results in a higher bandwidth network, assuring a fast flow of data.

Edge computing can redefine the way data is collected, stored, accessed, and processed by IoT devices. It can also drastically improve the way IoT devices interact and function with each other. Edge computing for IoT combined with other technologies like artificial intelligence, 5G, and machine learning can rapidly push us towards a secure, fast, and reliable IoT-driven future.

The challenges faced by IoT devices can be considerably reduced by improving data transfer speeds between different devices and ensure the privacy of the user data. Businesses, as well as the consumers, can benefit hugely by incorporating progressive technologies like edge computing in their IoT framework.

Top Edge Computing Predictions to Keep an Eye on in 2022