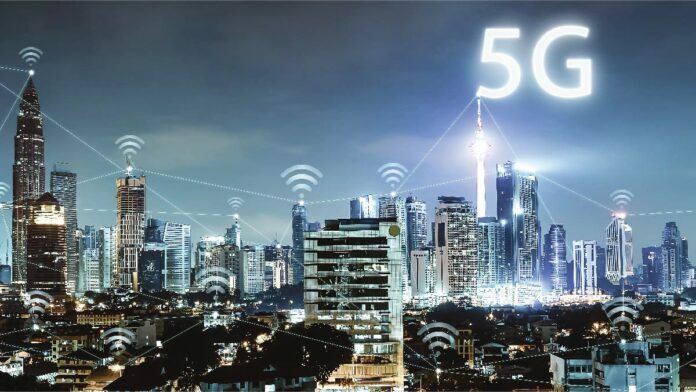 With several spectra being made accessible for the enterprise uses, coinciding with the arrival of commercial 5G, the focus is now on adopting advanced, private LTE/5G solutions.

The entire 5G infrastructure market is likely to revolutionize the domain of different broadband services and this is supposed to empower the connectivity across various end-user verticals globally. Certainly, companies are increasingly investing in the development of 5G core services as well as its architecture.

Given the current market scenario, a major driving factor for the LTE/5G infrastructure market is the increased adoption of virtual networking architecture spanning different businesses. As it is becoming the choice of verticals to solve mission-critical networking issues, the market revenue is growing faster.

Industrial Revolution 4.0 is primarily aiding cellular connectivity throughout the industry with the help of rising IoT and machine-to-machine connections. This has, in fact, been instrumental in driving the market growth like never before. European countries are expected to account for the major portion of the global demand for 5G infrastructure solutions.

Also Read: Must-Have Features to Speedup IoT Deployment in 2021 and Beyond

The worldwide revenue valuation to the private LTE/5G infrastructure sales will increase from $945 million in 2019 to almost $5.7 billion in 2024. This will be at a CAGR of 43.4% for the predicted period – revealed by a recent study by IDC. This includes aggregated outgoings on the core, RAN, and transport infrastructure.

The private LTE/5G infrastructure carries traffic native in a certain organization – with no shared resources in use by any third-party entity. And this unprecedented time sees such infrastructure is being deployed by enterprises for specific enterprise consumers, in order to offer dedicated access and services.

This includes networks that often utilize the dedicated infrastructure and licensed, unlicensed, and shared spectrum, and personal devices embedded with exclusive SIM identifiers. Certainly, this market is rapidly expanding since companies deploy it for critical network error.

Basically, with more spectrum being made accessible to the enterprise uses, along with the arrival of commercial 5G, enterprises have developed an interest in using private LTE/5G solutions. This is on the basis for connectivity spanning a multitude of mission-critical, traditional, and industrial enterprise organizations.

Regarding the market opportunity groups for private LTE/5G operation, companies are deploying private LTE, and some have begun to install private 5G within limited instances. As these verticals overlap in use case and network needs, the market opening needs to be prioritized based on criticality, industrial needs, and staying business-critical.

Basically, with more spectrum made available for business uses, coinciding with the commercial 5G arrival, the interest has grown towards using private LTE/5G connectivity as standard connectivity. This has been found across a multitude of industrial, traditional as well as mission-critical enterprise organizations.

Given the current scenario, loss of connectivity would result in significant negative business results – ultimately, overall reduced operational outcomes. According to industry experts, the primary focus across the globe is a process and industrial automation for the sake of Industry 4.0.

A major driving factor for this market is the increased adoption of virtual networking architecture. As mentioned in the study, “traditional enterprise or “business-critical” are the verticals that require deterministic wireless networking – beyond traditional Wi-Fi, but where redundancy and automation needs are lower.”

Given that Patrick Filkins, senior research analyst for IoT and Mobile Network Infrastructure at IDC mentioned in the company blog – “Private LTE infrastructure is already used by select verticals worldwide to solve mission-critical networking challenges. However, the barrier to consumption has remained high, limiting adoption to organizations possessing in-house competency and access to dedicated spectrum.”

How Will Cloud Strategies Change in the Aftermath of the Pandemic