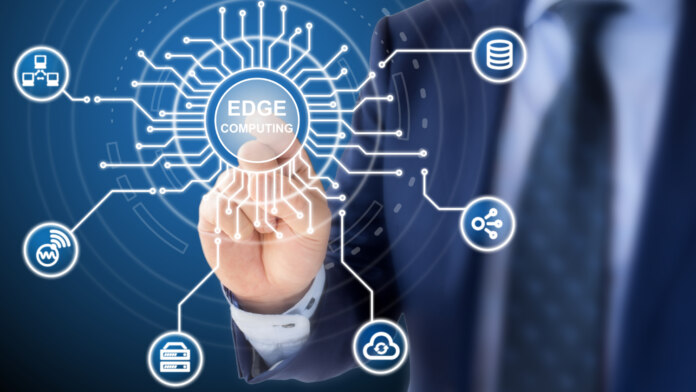 Edge computing is preferred in highly sensor-intensive and data-intensive environments where data sensing and gathering devices are responsible for simplifying data management. Since, edge computing fights challenges such as network latency, speed limitations, and bandwidth problems, it ensures that there is no data loss. IoT applications with critical or remote component demand the use of Edge computing. Experts believe that edge computing focuses on devices and technologies that are attached to IoT of essential industrial machines; it proves to be highly beneficial in aggregating and analysing data in the shape of actionable intelligence and is instrumental in process optimization.

Experts also suggest that it is the industry’s mass cloud adoption, coupled with the increased pressure on networks that are driving the edge computing market; and that the real-time information that edge computing provides proves as a competitive differentiator with cost-effective edge computing systems installed. The key driving factors of this are the advent of the IoT and 5G networks, along with an increased number of ‘intelligent’ applications, guided by the advance cloud infrastructure.

By 2020, the investment on edge infrastructure will boost up to 18% of the total expenditure on IoT infrastructure. The deployment of converged IT and OT systems will drive tis adoption, focused on reducing the process data collected across connected devices. Around 10% of enterprise-generated data is processed outside a traditional centralized centre or cloud. By 2022, researchers say this will reach a massive 50%. Edge infrastructure investment is driven by the deployment of converged OT and IT systems, which minimizes the time to synthesize data collected by connected devices.

Both fog computing and edge computing are architectures with mandate optimization goals of speed reduction, saving storage time and bandwidth, lowering costs by limiting the data that needs to be transmitted. Edge Computing pushes the intelligence, communication capabilities, and processing power of an edge gateway or appliance directly into devices such as the programmable automation controllers. Fog computing, fog networking or fogging instead brings the intelligence at the local area network level, whereby data is processed in a fog node or an IoT gateway. Experts have also noted that the demand for edge computing has, however, caught on the fog computing market. Edge computing also plays a significant role in niche segment functioning like next-gen 5G cellular networks by telecommunication companies.

Prediction made in 2017 regarding 20 billion IoT devices on the planet by 2020 now seems to be a gross underestimate with everything from shipping containers to consumer devices becoming an IoT device. Protecting the four layers of IoT network architecture is critical, as edge computing requires more attention as the number of nodes. Edge computing enhances each node’s computing abilities, adding more processing power and storage ability to the point edge devices for performing tasks that were earlier the responsibility of the server.