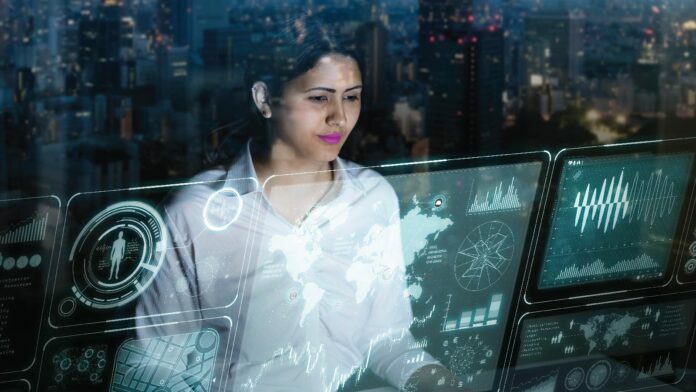 The IT industry as a whole has shown increased interest in AI and data science. There are few common obstructions when the popular tech is being deployed in the organization

Artificial Intelligence has transformed from being a niche tech to being adopted by more varied industries. An overwhelming hype surrounds the tech; however, the issue remains that a very small number of AI models reach the production stage.

CIOs say that data scientists have been developing models continuously but countless models previously created are waiting to be moved to production, yet to see the light of the day. Enterprise leaders consider time as one of the biggest challenges to getting them off the drawing board.

On an average, teams require at least fifty-two days to develop a predictive model. The deployment period is much longer. The common misunderstanding is that deployment should require fewer days as compared to building the models from scratch. The deployment phase is the most challenging in the entire process. Making an AI model operational is a more challenging job for data scientists, than probably designing and creating it.

Leaders are not familiar with analytics

The most common obstacle is with making AI operational is that leadership members are not conversant with AI. It results in enterprises losing out on the AI Integrated Organizations. The most critical factor required for operationalizing AI is strong leadership support. Stakeholder buy-in- both in terms of investments as well as organizational change management- is critical.

Read More on Reimagining BI and Analytics with Augmented Analytics

Prominent global enterprises have lost out on good AI projects to start-ups due to leadership issues. CIOs suggest making data science courses mandatory for entire leadership members. They propose weekly sessions, innovative and creative workshops, etc. that might be the biggest support in terms of leadership awareness of the implications of adoption.

Another commonly reported complaint against AI tech includes faulty outcomes. This is attributed to bias in algorithms, data, or personnel responsible for managing the input. The biased outcomes were observed during the backlash faced by facial AI tech, which led to prominent organizations withdrawing their support to police departments and the tech.

Validation and testing of AI models are generally done in a controlled environment. As a result, the input data is of good quality when the model is deployed in production. But when it has worked on the real-time data, issues occur. Real-world data often lack the required quality, and thus it results in low model accuracy.

Large enterprises often have legacy infrastructure, which acts as another significant challenge in operationalizing AI. It could also be a handicap for enterprises for adopting AI well enough. Processes that use AI require high compute power.  This would also depend on the model that is being used. When deep learning models are involved, computer vision models and the compute power for the data is set at a high value. This ensures we can use at least 1/nth computer power during production. When deploying KNN models, the required compute power for production is very high. As a result, optimization of compute power at each stage of the analytical modeling is critical to operationalizing AI in enterprises. In many instances, legacy infrastructure is not equipped to handle it.

The operationalizing of any element in the current scenario requires interpretability. The audience needs visibility into the workings of the black box. It leads back to the point of the C-suite leaders’ understanding of AI.

The first step to implementing AI in an organization requires a budget and a business case. Whenever an enterprise decides to use the Neural Network to ensure high accuracy, it considers the solution as a black box. A concept can be explained, but the workings inside the black box are still hidden. It needs the right combination of enterprise, investment and deep understanding of the workings of AI, and its relevance to enhance the company’s growth- to crack that code.

Public Cloud End-User Spending in India to Reach $4.4 Billion in 2021

Winning with AI – Strategies for Organizations to Boost AI Literacy