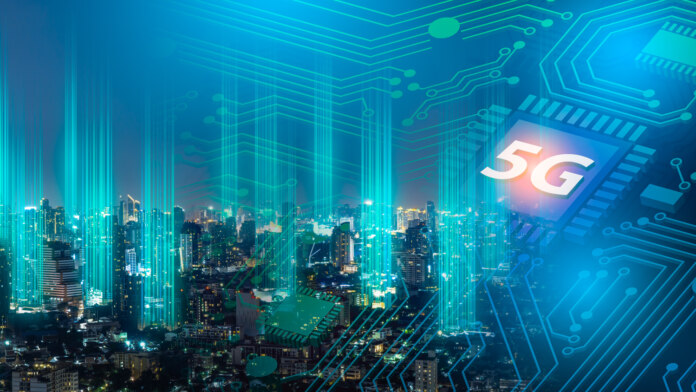 GSM Association (GSMA) has predicted that by the end of 2025, Asia is expected to host 5G connections worth 675 million, accounting for more than 50% of world’s 5G networks. SIM connections will cross the 4.8 billion benchmark in the Asia- Pacific region in the same year.

5G infrastructure is expected to create a huge demand and telcos are ramping up to meet it. Fast network with lower latency will encourage mass adoption of 5G technology across Asian countries. The proliferation of technologies such as the internet of things (IoT), artificial intelligence (AI), and big data will drive this industry. Asia is focusing on the setup of state-of-the-art mobile broadband networks reflecting the mobile ecosystem’s growing value to the region’s economy. Economists confirmed that the mobile industry added $1.5 trillion in the economic value of Asia last year, equivalent to 5.4% of regional GDP.

The entire Asian continent has experienced rapid migration to mobile broadband networks and smartphones over the last five years, pioneering the movement into the 5G era. Mobile operators are investing about $200 billion over the next few years in upgrading their 4G infrastructure and launching 5G networks to accelerate the growth of Asia’s digital economies. Ericsson estimates the traffic of 1.5 billion subscribers to 5G network by 2024, covering over 40% of the world’s population. South Korea, the undisputed tech leader of Asia, has already rolled out 5G on a large scale. Other high-tech players, like Japan, Singapore, and China, are expected to soon embark on the 5G journey. 4G will still dominate Asia for the next five years, representing 62% of the market share. Though gradually the balance will swing towards 5G as the market evolves into the 2030s.

The relatively young population of Asian countries is more open to innovations, and adopting new technologies faster compared to traditional Europe and North American market. Less tech-enabled south Asian countries, like Indonesia, Malaysia, or Vietnam, will go slow in 5G adoption. Network operators in these countries have not yet recovered their investment into 4G. Hence, spectrum allocation for 5G will be a challenge to initiate till the 4G market is saturated.

Satellites will play a more prominent role in 5G in general than previous mobile communication protocols, such as 2G, 3G, and 4G. 5G will be more satellite-friendly and open to new applications over satellite. It will take three years for satellites to join in the 5G ecosystem fully. The entire transition will be aided by the emergence of new applications, including Internet of Things (IoT), connected transportation, and network densification.

In Asia, many countries have mobile coverage today because of cost-effective satellite backhaul. Satellites play a crucial role in creating a more inclusive digital society by extending the reach of 5G networks to diverse and cut-off geographical areas. Satellite technology plays a significant role in upgrading and adopting mobile services by connecting base stations in remote areas where terrestrial and other forms of transmission are not available. C-band includes frequencies from 4 Gigahertz (GHz) to 8 GHz, is in high demand in the Southeast Asian continent, where resistance to rain is essential. The spectrum problem not only involves the C-band but also the 28 GHz band, which is used in High Throughput Satellite (HTS) systems.

International Telecommunication Union’s World Radio communication Conference (WRC-19) is scheduled to discuss and derive the best spectrum allocation strategy to resolve the conflicting interests of the mobile industries and satellites. In the future, operators will own satellites in geostationary and low-Earth orbit, or geostationary and Medium Earth orbit (MEO), even high-altitude satellite platforms.

Asians will take a couple of years more to welcome and adopt 5G technology rightly. But, once it gains its due popularity, the continent is expected to account for more than 50% of world’s 5G connections.

Read More: AT&T and Samsung Bring 5G to Life for the Manufacturing Industry

The Pandemic’s Influence on Data Access and Digital Transformation