EnterpriseTalk
Home Featured Articles Are our cities ready for AI? 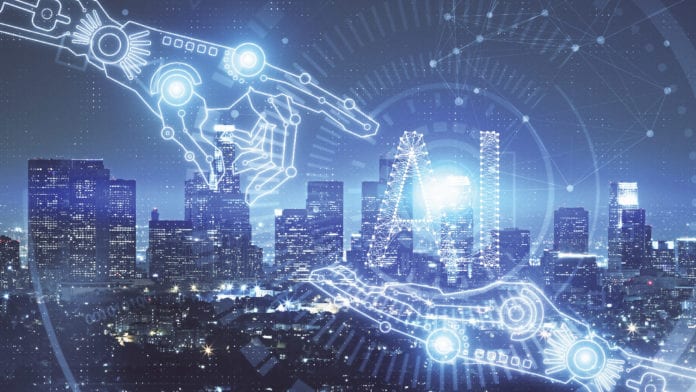 AI will cause the biggest disruption in urban centers, over the next few years. Is humankind ready to live the AI way?

According to a recently released Oliver Wyman Forum Index that ranked 105 cities in four different population size categories in terms of their preparedness for the broad technological and digital disruption that will be spurred by AI and related technologies, no city — large or small — is fully prepared for the challenges ahead. The fear extends up to employment and globally 45 percent of respondents think their jobs are at risk.

Also read: Women Workers Will Be Most Hit Once AI Becomes the Norm

The advent of AI will drive major disruptions and cities will need to invest heavily to fight off the challenges that lie ahead. Governments, administrations and even the private sector will need to work rapidly to arm themselves fully.

The index ranks cities on four key criteria: the quality of a city’s plan (Vision); a city’s ability to execute on forward-looking plans (Activation); the extent and quality of talent, education, and infrastructure (Asset Base); and how the interplay of Activation and Asset Base are impacting its overall momentum (Trajectory). Besides ranking cities on their overall readiness, the index also ranks based on size, from megacities to smaller ones.

Also read: Why an AI Behavior Forensic Expert Needs to be Integral to the Enterprise

“Most cities http://enterprisetalk.ondot.media/featured/why-an-ai-behavior-forensic-expert-needs-to-be-integral-to-the-enterprise/plan to use AI to become ‘smart cities’ or the next Silicon Valley, but few focus on the bigger, strategic social and economic opportunities and challenges, such as the need to retrain people who may be forced to look for new work as a result of the broad deployment of AI,” said Timocin Pervane, co-leader of the Oliver Wyman Forum’s City Readiness initiative.

Added Kaijia Gu, co-leader of the Oliver Wyman Forum’s City Readiness initiative: “Some cities, like Singapore, are better prepared than others, but all cities will need to make improvements to prepare for the impacts of next-generation technology. City officials will need to work closer than ever before with local employers and educational institutions to tackle this challenge.”

Smaller cities could actually play to advantage there. While big cities often have vast resources, smaller ones are nimbler and can rise to new challenges more quickly. “Proactive smaller cities can be just as well-positioned for an age of AI because they are more agile,” said Pervane.

Among the cities with a population of more than 10 million, London tops the list and Singapore leads cities globally with populations between 5 million to 10 million. For the population bracket of between 3 to 5 million, San Francisco is the most prepared city and Stockholm is No. 1 for cities with populations between 1 million and 3 million. Five of the top 15 cities with the rare combination of top talent, top employers, and top educational institutions that can help to succeed in an age of AI, have fewer than 5 million people. These include San Francisco, Boston, Stockholm, San Jose, and Sydney. The interesting observation is that a number of smallest administrative centers scored well because of their agility and ability to proactively anticipate risks.  European cities show a distinct advantage with better implementation of laws and twelve of the top twenty with forward-looking plans are European, including Stockholm, Munich, Dublin, Hamburg, and Zurich. At the same time, underdeveloped Asia is making giant strides in rising to meet the age of AI in daily city life- fourteen out the top twenty aligning with successful adoption of AI are Asian. Eight of these are in China, including Shenzhen, Beijing, and Guangzhou.

Is this the Right Time for Enterprise 5G adoption?