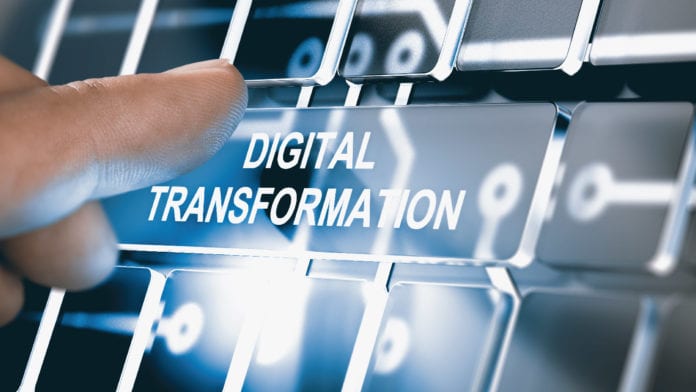 The best attempts of CIOs and CEOs to drive transformation often get thwarted due to IT infrastructure misadventures. Often, it is all about matching new technology with old infrastructure, not an easy task by all means.

The bigger challenge, however, is not about IT at all. It’s all about changing the focus of technology being implemented. What used to be a technology investment earlier is now a business initiative. The transformation is not forgetting more technology, but about aligning the IT infrastructure with business needs. And the onus of bringing about this change is on the CIO. The task becomes more difficult if the company’s DNA is not technology-based. It is difficult if tech initiatives and investments are not business enablers, to begin with.

The next step of this alignment is digital transformation. The challenge now becomes even more intense. Added to the circumstances are the power hierarchy and organizational infighting that every new idea faces. In fact, a Gartner CIO survey that studied 6000 CIOs, saw only 33% of them confidently putting their digital strategy in the ‘mature’ category. Of those respondents, 20 percent reported that they were scaling efforts, while 13 percent said they were refining their work. But none of them seemed to be straight on the path of a cohesive approach to a digital transformation policy.

The biggest reason has been that CIOs traditionally have not been in the corner office. They today need to have a champion from the highest management in their corner, a business leader role. Despite having less authority or decision-making powers, they also need to deliver on the transformation they have promised. If they don’t, it is easy to change the CIO to one that delivers!

The threat is real. CIOs today need to wade through realms of mostly unstructured, largely decentralized non-standard data, and connecting it across various disparate business applications. And this could be the biggest challenge.

Interestingly enough, this could also become the CIO’s biggest strength. Unifying data across business organizations could turn out to be a CIO’s strongest shield in times of crisis. The master of Data will ultimately be the boss of all systems! Playing with data, making it amenable across processes could actually become the biggest win for technology investments.

But by any means, this is not an easy job.  The transformation that digitization has ensured has made the entire IT environment even more complex. The push to make it business focused has added to the complexities. The final call has to come from the CIO- is his or her role is to ensure BAU, keep the lights burning, or push for innovation, or- be a business strategist using technology as a mere enabler? Is the technology leader entrusted to drive business change as well? Do they plan to carry legacy challenges or focus on bettering the foundations made by earlier technology leaders?

Often, when foisted with outdated infrastructure, it makes more business sense to unify several business transformation strategies and look for technology solutions for those.

But the bottom-line always is about how the enterprise can move forward- crawling on its belly, burdened with outdated infrastructure running archaic system? Or with innovative thinking, planned with stakeholder buy-in, supported by leadership champions and driven by measurable benefits?

The choice lies with the CIO, the plan is his, and so is the implementation.

Is The Chief Of Staff To CIO Role The Beginning of a New IT-Business Integration?

The CXO Today: Change Agent or Change Manager for Business and Digital Transformation?